As automobiles became more common, the modern type of general outline map of a city became needed. Here’s an early one for Providence in 1920, which also now has its uses for orienting Lovecraftians. The dotted line in the harbour also indicates the sailing route of the ocean-going passenger ships from Fox Point. 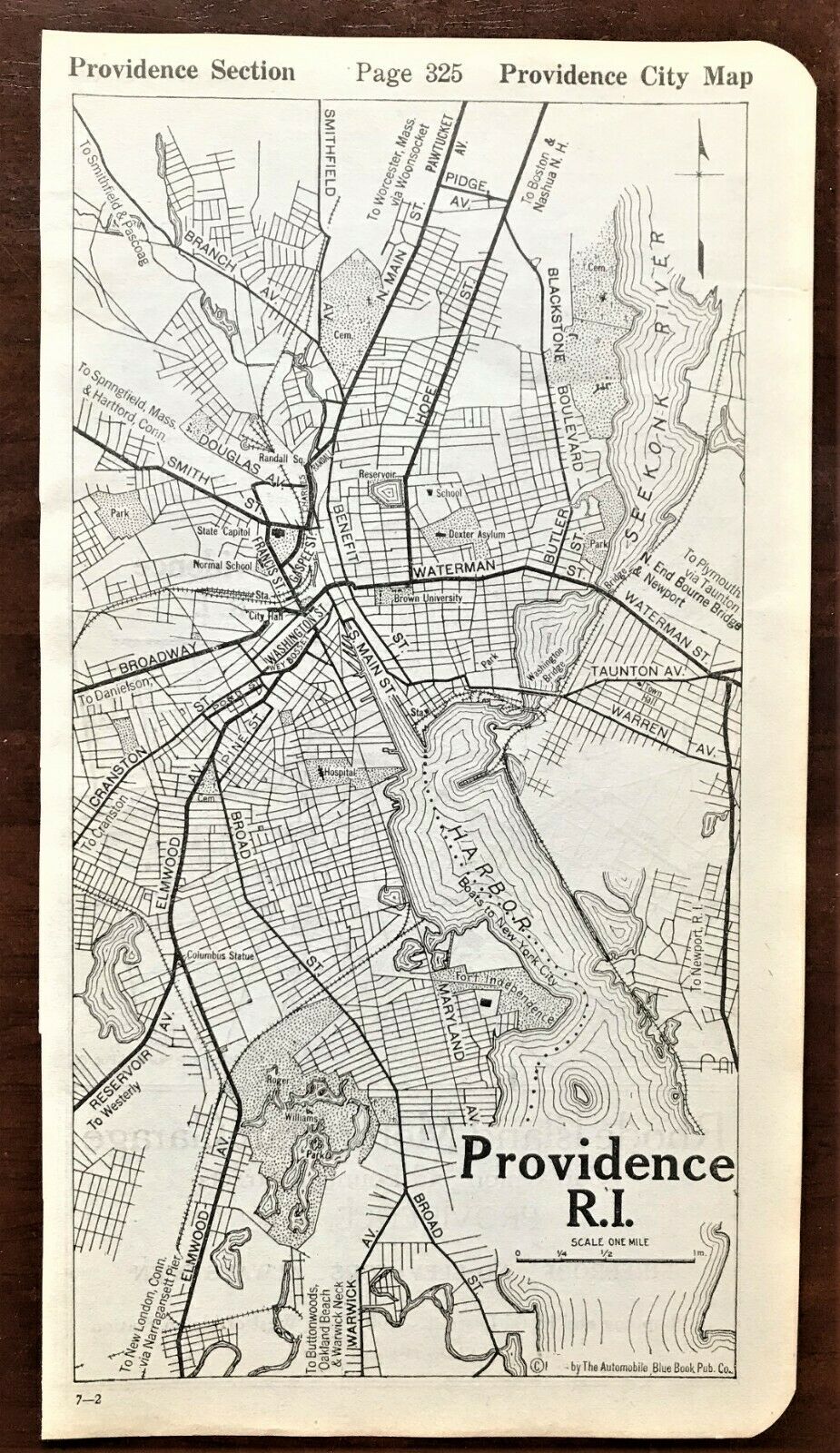