Not Lovecraft, but some readers may be interested to hear of the popular culture Arcade Expo. 750 pinball machines, free to play for 3,000 convention attendees. It’s been and gone for 2015, but looks set to be back next year.

I wonder if something like a good pay-to-play digital Lovecraft pinball table, or three, might raise some cash for a local cats’ charity at NecronomiCon 2015? Someone would have to design the tables though, by re-skinning old public-domain classics, as I know of no Lovecraft themed tables.

The only genealogical candidate I could find was a Mearle Wilson Prout (1911-1964) from Texas. He was exactly the right age to have written the Prout stories, from circa age 21 to 25. Update: “Stillwater, Oklahoma” is his address in a letter to Weird Tales in 1937. Genealogy date adds: “Home in 1940: Medford, Grant, Oklahoma”.

* Letter in “Discussions” column in Amazing Stories “while [the title was] under Gernsback’s control”.

“It was a single item in a folder of theatrical ephemera and seemed strikingly anomalous in that context. Rick Watson at the [Harry Ransom] Center kindly investigated further and told me that the letter was likely part of the Albert Davis or Messmore Kendall collections, originally acquired by the University of Texas in 1956–1958, both consisting of performing arts materials. When I learned that the collection of Messmore Kendall (1872–195-), a lawyer and theatre entrepreneur, included material collected by Harry Houdini, the mystery seemed to solve itself. At the time Lovecraft wrote the letter, Henneberger had engaged him to ghost-write a story for Houdini called “Imprisoned With the Pharoahs,” published later that year in Weird Tales.”

And Machin has very kindly published the letter in good readable scans, on the Cultural Compass of the Harry Ransom Center.

He goes into detail about what his novel Azathoth might contain. He also gives details for the story “The House of the Worm”, which by the sound of it had already been closely plotted. I’m pretty sure this is a wholly new insight into this ‘lost’ work, as Joshi’s I am Providence calls it “a novel about which we know nothing” (p.489). It…

“deal[s] with the frantic message sent by a dying and prematurely aged father to the boy who ran away twenty years before because of a nameless dread of his new stepmother…. the heiress who lived in the dark house in the swamp. The young man comes, and finds his father alone in the house (or castle — I’m not sure whether I’ll put it in New England or Old England or the German Black Forest)…. alone, yet not alone…. for he looks furtively around him… and other forms flit through remote corridors, strangely attracting swarms of flies after them… and vultures hover over the whole swamp…… and the young man sees things when he goes out on one occasion….”

One wonders if this fits the plot of the 1933 Mearle Prout story of the same name? Prout was a mysterious writer who opened with the Lovecraft-alike story “The House of the Worm” in 1933, much to Lovecraft’s amusement, then published another three stories and vanished. But sadly they’re not the same, it seems — Bobby Derie writes me that the plots are completely different.

Lovecraft also expresses admiration for Philip M. Fisher Jr.’s novelette “Fungus Island” in “a recent All-Story” [reprinted in Famous Fantastic Mysteries 1991], showing he was still reading the All-Story in 1923/4, albeit only when certain friends recommended stories in it. He also remarks that he had admired Victor Rousseau’s “The Sea-Demons” (invisible sea creatures living off the Shetland Islands, with a hive mind, plan to invade the land) back in the All-Story for January 1916.

* “Most of the convention programming will take place at the Biltmore and Omni hotels, but there will be numerous satellite venues hosting external programming.”

* During the Convention… “a comprehensive collection of correspondence between Lovecraft and many of his friends and penpals on display at the gorgeously renovated John Hay Library at Brown University.”

Now available for the Kindle ereader, S.T. Joshi’s Lovecraft and a World in Transition: Collected Essays on H. P. Lovecraft (USA Amazon). Also at the UK Amazon where it’s at a low £6.66 price. Even if you can’t afford that, I’d presume that the 10% free sample is still worth having since this whopper is some 650 pages long in print and Amazon claims 742 pages for the digital copy. Contents list is here. Not sure if there are round-trip linked footnotes / endnotes on the Kindle version.

some of the strangest lore we’ve ever covered on MonsterTalk as we interview art historian Dr. Paul Koudounaris about demonically possessed cats.” 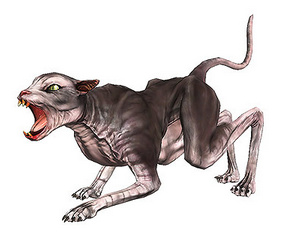 More cat lore for the Kindle ereader, with the book Cats! : the cultural history.

If H.P. Lovecraft had taken his youthful crusade against astrology one step further, and monster-ified the Zodiac in his stories…

With the news that Amazon is to effectively become a movie studio and release 10 or more movies a year, here are the Lovecraft movies I’d like to see…

1. A faithful “The Shadow over Innsmouth” feature film done in 1940s film noir style and setting.

3. A big psychological thriller of “The Temple”. The movie The Boat, basically, but First World War and done as a horror/fantasy movie. Maybe intertwined with an ancient Greece flashback back-story about the beautiful boy (borrow from “Iranon” and “The Tree”?), for occasional respite from the grim submarine interior.

4. “The Rats in the Walls” filmed and monster-designed by del Toro, from storyboards by Tim Burton and a script by Neil Gaiman.

5. “The Terrible Old Man” and “The Strange High House in the Mist” spliced together and filmed as a laconic Tarkovsky’s Stalker-meets-Visconti-meets-A Field in England-meets-Picnic At Hanging Rock landscape art-house movie, in which first the young thieves and later the professor struggle to journey across the overgrown lanes and bare headlands toward the strange high house, having started in a sunny Death in Venice-like Edwardian New England seaside resort.

6. “The Lurking Fear” but set in the wild 17th century Catskill Mountains, as a dark fantasy origin tale for a Solomon Kane -like figure, perhaps made even more spicy with borrowings of scenes from R.E. Howard.

8. “The Dream-Quest of Unknown Kadath” as a faithful animated feature adaptation.

9. A dreamy shadowy “The Haunter of the Dark” spliced with “The Evil Clergyman” (mysterious figures are the psychic residue of the Starry Wisdom) and (for less predictability) the ‘angles’ elements from “The Dreams in the Witch House” (angles were being researched and probed by the Starry Wisdom?). Might have an “Erich Zann” sub-plot or opening section?

S.T. Joshi blogs today that he is…

contemplating the issuance of e-books of some of my older titles … H. P. Lovecraft: The Decline of the West (1990), A Subtler Magick: The Writings and Philosophy of H. P. Lovecraft (1996)”

And since they’re going to have to be retyped, he muses that he might also revise them at the same time.

The uncharacteristic orbital behaviour of 13 objects beyond Neptune has been pored over by scientists, who have now published their calculations in Monthly Notices of the Royal Astronomical Society Letters. “This excess of objects with unexpected orbital parameters makes us believe that some invisible forces are altering the distribution of the orbital elements of the ETNO [extreme trans-Neptunian objects] and we consider that the most probable explanation is that other unknown planets exist beyond Neptune and Pluto,” said de la Fuente Marcos.

Yes, apparently Nyarko W is one of the top Lovecraft inspired series. Which, in terms of sheer chutzpah in using Lovecraft’s name and characters, rather overshadows the West’s recent wave of feeble ‘Kickstarter cash-ins’.

Though the article does have a more interesting mention of…

Innsmouth wo ô Kage [Insmus wo Oou Kage, 1992], Chiaki Konaka’s 1990s TV adaptation of “The Shadow over Innsmouth” transplanted to the foggy byways of rural Japan”

Sounds good, but looking at it on the YouTube link (above) it just seems very ‘TV movie flat’, cheesy, and distinctly lacking in mist and shadow. Maybe I skipped past too much.

Not that much to get excited about, then in terms of the possibility of a Japanese equivalent of a Berni Wrightson or a Mike Ploog penning Lovecraft adaptations in comics. But should readers want a little more authoritative detail on Lovecraft in Japanese manga, maybe in order to dig up a comic worth licensing for an English translation, the io9 article helpfully notes…

In an article in the Japanese Mythos horror anthology Night Voices, Night Journeys

(published in English in 2005 by Kurodahan Press), Yoshihiro Yonezawa and Satoshi Hoshino provide an exhaustive 50-page history of manga which really refer to Lovecraft.”