Now available, free on Gumroad, the “Battle” issue of Digital Art Live magazine. May be of special interest to R.E. Howard readers and the heroic fantasy RPG crowd. Also has a 12-page centre ‘pull-out’ on the Poser 12 software, to lighten things up in the middle. 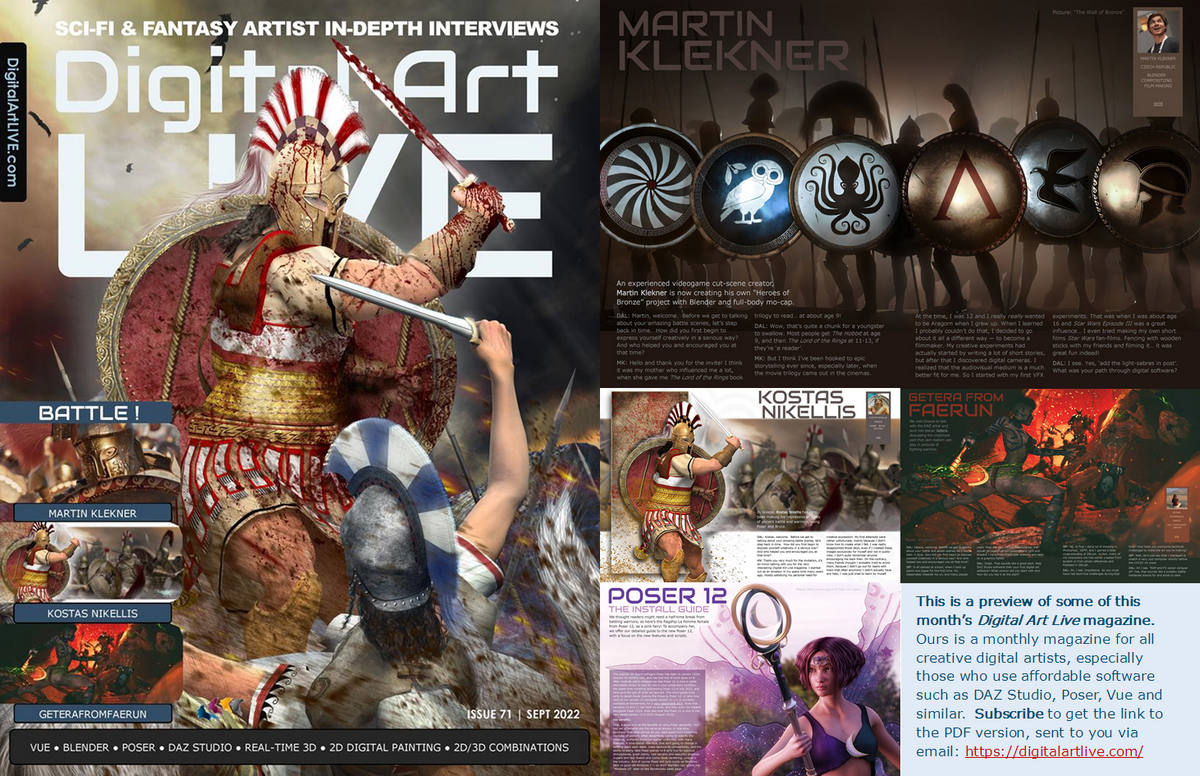 A new version of the 3D heavens Stellarium software is now available, including a “paleolithic sky culture and landscape”, two new ancient Babylonian ones, and medieval and modern Chinese sky zodiacs. It’s the leading free / open source software for such things, that’s also easy for clueless newbs like myself to use.

You can also zoom back in time with Stellarium, making it rather useful for historians trying to date and geographically locate a text that has astronomical / sunrise-sunset time statements in it. My latest use of it in that way was for my Sir Gawain book. It doesn’t yet include comet positions. 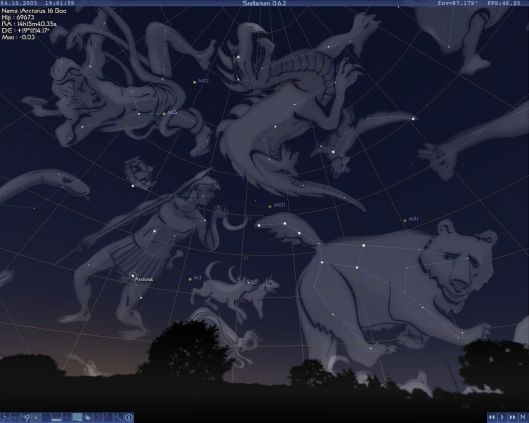 Stefano Ciarrocchi is making the first steps to modelling a 3D bust of H.P. Lovecraft using the Blender software. He obviously hasn’t quite got the period clothing yet, as he’s using a 1970s ‘Bill Gates’ collar and tie that Lovecraft would have run screaming from. But it’s an interesting try in 3D. 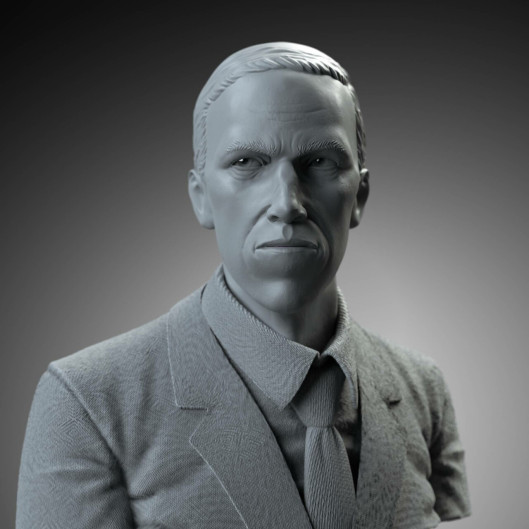 Masket Charro gets a lot closer, and avoids the ‘uncanny valley’ effect by going a little toony. Still let down by the collar and tie.

In a similar 3D format, the My neighbor Cthulhu scene. Ruined by the crappiest sort of sign lettering. But in this case one can buy and download the 3D model, in which case the lettering could presumably be removed. Although beware that it’s a .Blend file. Though Blender is free, navigating the infernal Blender interface (to cleanly extract a 3D mesh with aligned material zones) is usually a bit of a nightmare. 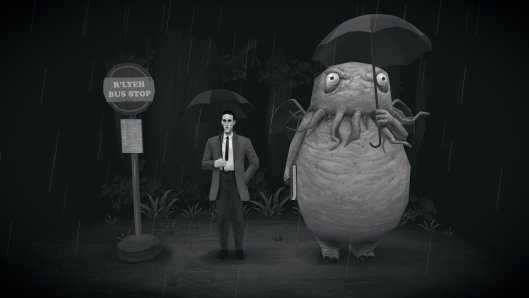 It helps if you know Miyazaki, to get the sweetly inter-twingled cultural reference in this scene.

If you want to do something similar then the Miyre Store has a good and affordable Lovecraft 3D figure for the Poser software, and there’s a free pack of face expressions for him.

I’m pleased to say that I’ve regained jurn. org after a hiatus — and thus the main Web page for my JURN open access search-tool returns, as does my Poser and Daz Studio 3D creativity blog.

A preview of a new review of the “H.P. Lovecraft 3D” character from Meshbox, currently sold for $12.95 at their Miyre store with royalty-free commercial use for renders (in Poser 11).

My short-but-detailed technical test-review will appear in the next issue of the free monthly Digital Art Live magazine (December 2018, #35). Sign up to the mailing-list to be emailed a link to your free PDF copy, as soon as the issue is released.

If you want to explore the software behind this, Mandelbulb is free.

“As a mining engineer, I have some knowledge of geology, and can tell you that these blocks are so ancient they frighten me.” — H.P. Lovecraft, “The Shadow out of Time”.

New on American Dialectic journal, “Why We Aren’t and Couldn’t Be Brains in Vats”…

Super faux pulp cover by Paul Francis, showing his other faux covers, all made with Poser Pro and Photoshop. 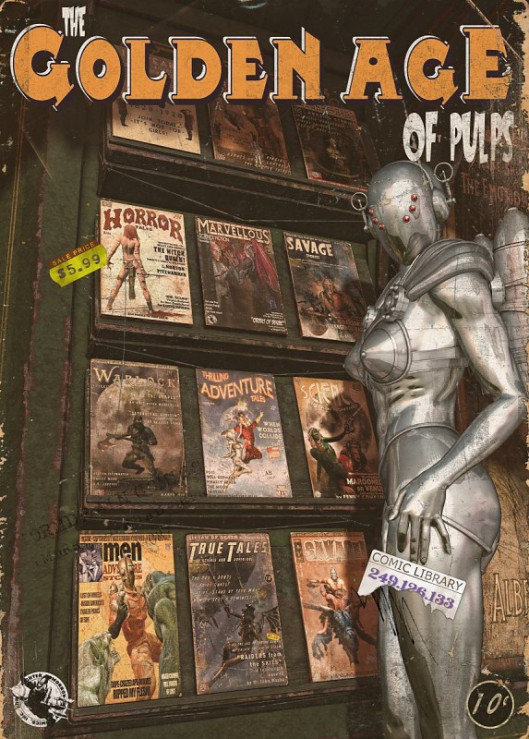 Need Cthulhu to do your bidding? No need to mess around with The Neconomicon and star-charts. The excellent Cthulhu Rising 3D model is currently 40% off, at $20.97. It’s a 3D digital model that you can pose and light and render (i.e. make a picture of) using the free DAZ Studio 3D software. Images made with him are royalty-free. 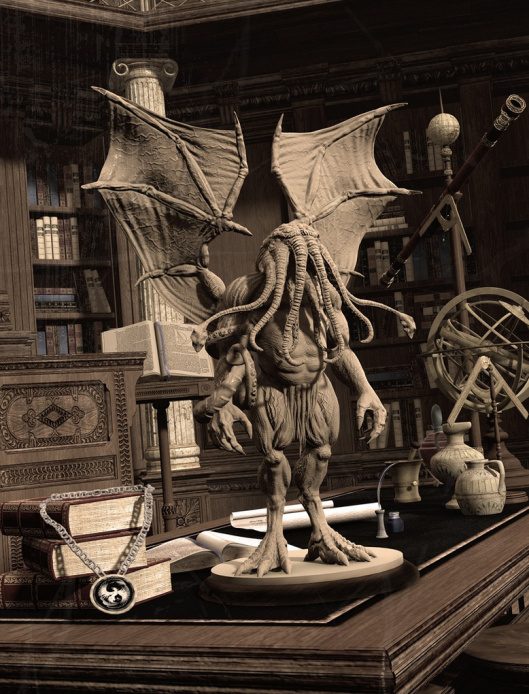 There’s also a range of other Lovecraftian monsters available, and even a 3D Lovecraft himself.

A new digital Cthulhu figure, of high quality, available now on the DAZ 3D Store. Pictures made with him are royalty-free. This 3D figure can be posed and rendered (i.e.: made into a still pictures) and even animated, if you have the free 3D software DAZ Studio…

A comprehensive survey of low-cost 3D models available for your classic “brain in the jar” scene, as seen in many a mad scientist lab.