The Dark Side of the Poles: Dreams and Nightmares in Polar Exploration runs until 3rd November 2012 in the UK, as part of the University of Cambridge Festival of Ideas…

“Throughout the Festival, explore our trail of polar dreams and nightmares. Find untold secrets hidden in drawers and strange objects that have crept into the cases.”

The BBC has a companion essay on the topic, from Fred Lewsey of the University of Cambridge.

I thought I might read R.E. Howard’s six ‘Lovecraft influenced’ stories, for Halloween. As best I can make out from twenty minutes of cursory research, the R.E. Howard Lovecraftian-ish tales are…

“The Children of the Night”

“The Cairn on the Headland”

“The Thing on the Roof”

“Worms of the Earth” (Generally said to be the best Bran Mak Morn story, with a few Lovecraftian bits and bobs mentioned?)

“The Fire of Asshurbanipal” (Reportedly, only the ending is relevant?)

All six are available in the audio book form in the collection The Horror Stories of Robert E. Howard [on Amazon USA], read by veteran audio-book reader Robertson Dean. “The Black Stone” is also available for free as a less memorable audio reading.

It’s been quite a long time since I read Howard’s Conan et al, and it’ll be interesting to see what the original Howard experience is like in polished audio-book form. I read Howard as a boy, at about the same time I first read Lovecraft, via the UK Panther paperback collections: Skull-face; The Valley of the Worm; and The Shadow Kingdom. From there I went to the UK Sphere King Kull collection, Tigers of the Sea (Cormac mac Art in the UK paperback), then into the numerous UK Sphere Conan paperbacks (one or two of which were quite rare at that time, and it was difficult to gather a full set) and the Solomon Kane stories (possibly via a tatty import copy of the U.S. Centaur Books paperback). More recently I read one of his werewolf stories, but that’s been it until now.

The Graham-Wesson collection of amateur journals newly photographed. The Collection is…

“now being indexed for the NAPA, AAPA, and The Fossils”

Including a glimpse of a picture of a young Lovecraft (in his late 20s?) wearing his glasses, a picture which I don’t think I’ve ever seen before… 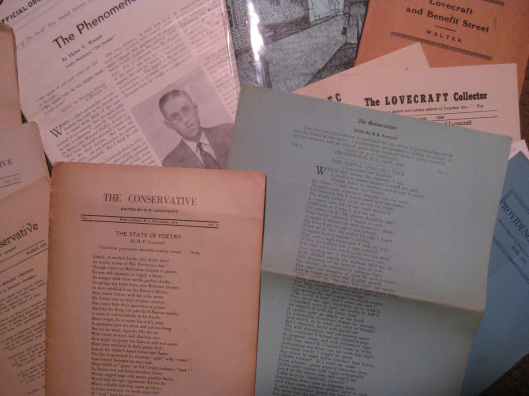 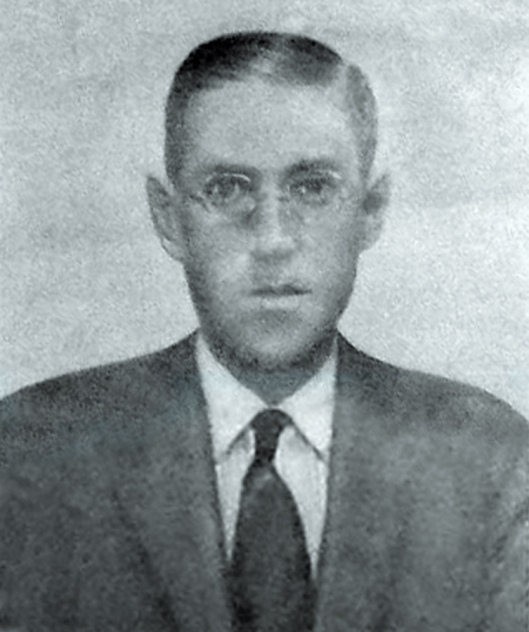 H.P. Lovecraft’s Selected Letters I, II, III, IV, V, all first editions, plus an envelope with Lovecraft’s name and return address written on the back. A snip at £1606.35. Even the most judicious shopper would have to pay about £250 for a set of the later editions, these days, so I guess it’s the envelope that’s costing around £1,200.

“We are now soliciting articles for the first issue, scheduled for publication April 10th, 2013, and for subsequent issues of the Eaton Journal of Archival Research in Science Fiction.”

“been asked to be the keynote speaker at a conference on weird fiction to be hosted by Birkbeck College, [University of] London, around November 8, 2013”

Addition to the Open Lovecraft page:

National Black Cat Day in the UK on Thursday 25th October, to encourage more people to adopt unwanted black cats for Halloween (and beyond). Lovecraft would surely approve. 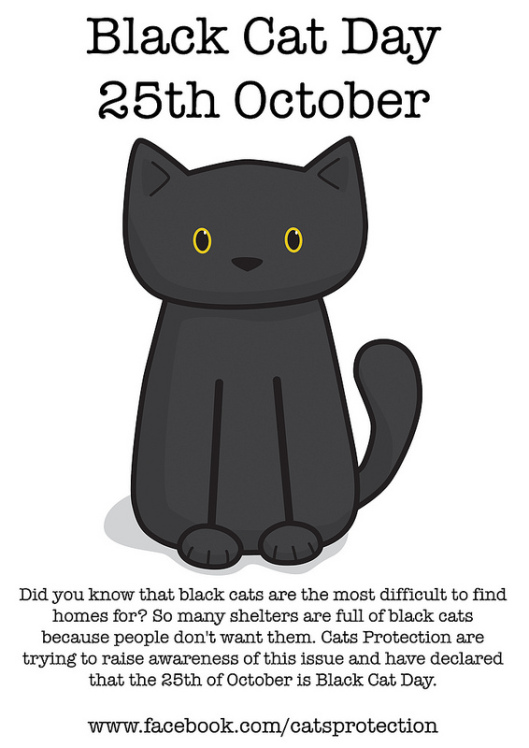 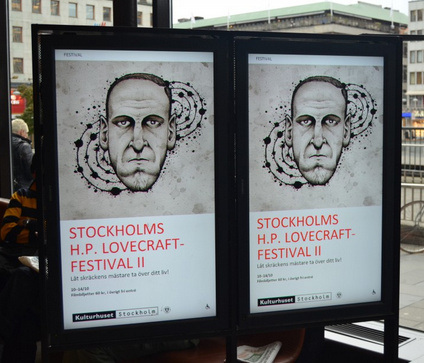 “It’s 1924, an era of emerging technology, but also of spiritualism and [stage] magic. Harry Houdini, the great conjurer and mystifier, well known as a psychic debunker, is hired to put together a team to investigate [plot spoiler]. Meanwhile, horror writer H.P. Lovecraft is down on his luck [in New York, and] Houdini drafts the reluctant Lovecraft to join his team […] to chronicle the magician’s adventures in the paranormal.”

The author Ron Wilkerson has written a good deal of the newer Star Trek series, and…

“…was nominated for an Emmy as a part of the writing team on the seventh season of Star Trek: The Next Generation.” 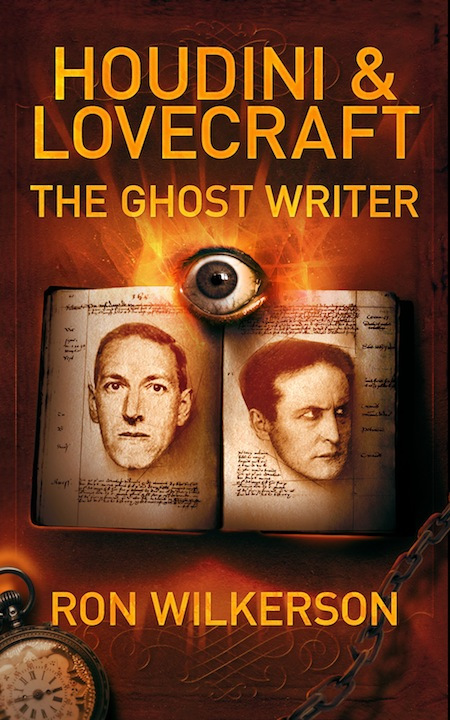 [ Expanded version of this post, in footnoted essay form, can now be found in my new book Lovecraft in Historical Context: fourth collection. ]