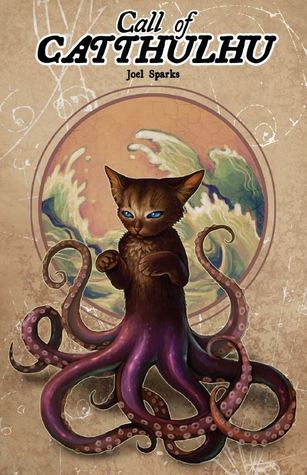 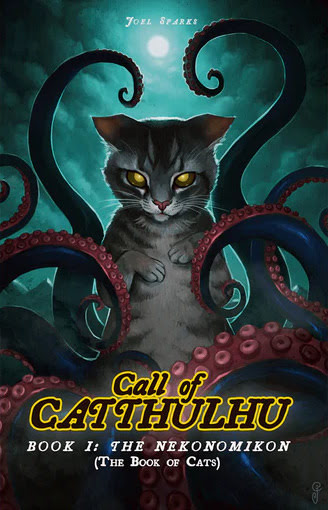 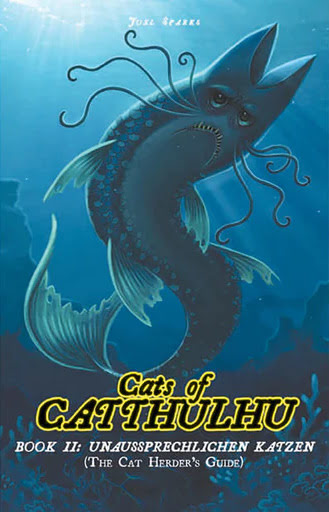 S.T. Joshi goes back to school in his latest blog post. News also of a travel book Creepy Cat’s Macabre Travels which has a chapter giving the author’s take on the modern-day city of Providence, Joshi’s musings on Algernon Blackwood as a probable appreciator of felines, and some updates on the forthcoming volumes of Lovecraft letters.

New this week on Archive.org, Four centuries of cat books: a bibliography, 1570-1970 (1972). Only manages to note Cats in Prose and Verse (1948) as containing any Lovecraft items, and that only the short poem “Little Sam Perkins”. No mention of “The Cats of Ulthar” in a cat anthology before 1970. At a guess, perhaps Derleth did not allow it to be anthologised?

The discovery occurred this way. I was looking at the early medieval talking-fox cycle Reynard the Fox as a source for Tolkien. Part of the evidence is found in one early version of Tolkien’s “The Tale of Tinuviel”, in which the hero is enslaved by the evil Melko’s lieutenant (“he was in Melko’s constant following”) who is a demon cat called Tiberth, Prince of Cats (“whom the Gnomes have called Tiberth”). This name is very similar to the central tom-cat character in the long and often ribald Flemish tale of Reynard the Fox — Tibert (Flemish). In Dutch Tybert; Old French Tibert; English Gilbert via Chaucer and his translation of the French Tibert; and then the name roots back via philological methods to the Germanic Theobald.

Skeat has… “I take Tybalt to be a shorter form of Theobald, which again is short for Theodbald … The A.S. [Anglo-Saxon] form is Theodbald, which occurs in Beda, [Bede] Hist. Eccl, book. i. c. 34.” (Skeat, Notes on English etymology). The American Century dictionary concurs with… “Thibault, a form of Theobald“.

So, these words were once the common descriptor for a male cat, most likely a dominant and bold one with a long tail. Now, I wonder if Grandpa Theobald knew that?

We can be certain that Lovecraft knew his Pope, and indeed he had minutely studied The Dunciad. He would then have been well aware of the character of Tibbald, the dunce poet in Pope’s Dunciad. We see him in the lines…

That sounds very suitable then, for a Lovecraft pseudonym, on these lines alone. The lines are explicated with the pointed footnote… “Lewis Tibbald (as pronounced) or “Theobald (as written) … He was Author of some forgotten Plays, Translations, and other pieces.” The poem’s lines continued on, describing Tibbalt sitting without any supper but surrounded by his library of books and unable to pawn them. He is thus at that very moment selected by a goddess as the most suitable earthly candidate for the ‘Throne of Dullness’, and he ascends to the throne after being initiated by her. Nothing is said by Pope of the connection of the name with cats, and apparently Reynard the Fox was something of a forgotten wonder-of-literature in England until a grand popular revival in the 1850s. In Pope’s time Gilbert or gib-cat was the English name for a male cat, also starting to have the implication of castrated (as society became less rural and thus randy tom-cats became less welcome, in terms of keeping up the local cat population in order to remove mice and rats). Thus if Pope did know the connection of the name with Reynard’s tom-cat, he doesn’t say.

So there’s no evidence there that Lovecraft knew Theobald was the root of a name for a cat. However Lovecraft wrote once to his friend Moe as “Grandpaw Tibbald”, suggesting he was well aware of the Tibbald – Theobald crossover in Pope. He evidently expected Moe to see the allusion, and perhaps even groan at the cat-pun in paw.

Though Lovecraft would also have known that in Shakespeare the character Tybalt is jokingly called ‘Prince of Cats’, ‘good King of Cats’ and ‘rat-catcher’ in Romeo and Juliet. One might then assume he had seen some footnote that explained this obvious allusion and connected it to the variant cat names. According to Lovecraft’s Library (3rd Ed.) Lovecraft owned three Shakespeare editions: Halliwell, 1860; Richard Grant White, 1883-84; William J. Rolfe, 1898. Could any of these have explained things in a note? Halliwell does not note the phrases, and nor does White. Rolfe does, with…

“Prince of cats: Tybert is the name of the cat in Reynard the Fox. Steevens quotes Dekker, Satiromastix, 1602: “tho’ you were Tybert, the long-tail’d prince of cats;” and Have with You, etc.: “not Tibalt, prince of cats.” As St. notes, Tibert, Tybert, and Tybalt are forms of the ancient name Thibault.”

Close, but not quite. We still have to assume that Lovecraft knew Thibault = Theobald. This seems likely, but I can find no firmer evidence that he did. Possibly he just associated Theobald with the common old English personal name, which meant people|bold, shorthand for something akin to ‘prince who boldly defends his people’.

The cat-name survives today in the form of the affectionate name Tibbles, and we can thank Pope for pointing out that this (as Tibbald) was once the correct English pronunciation of Theobald. Thus a suitably historical, and also rather mellifluous, name for a Lovecraftian cat today would be ‘Theobald Tibble’. The ‘s’ being omitted because modern, and also because cats do not care to hear ‘s’ sounds.

The Literary Catcast, a podcast about cats in literature.

Also a Rhode Island PBS Weekly programme which featured a short H.P. Lovecraft slot for Halloween 2022, and apparently it was their second such look. Online, at present. Only a couple of minutes, in a ten-minute programme rather more interested in witches and gory axe-murders.

Of the two, I think the Literary Catcast might be the better choice.

New on Archive.org, the French b&w magazine Futurs #1 (1978), with a short interview with the artist for the Valerian BD’s (graphic novels). 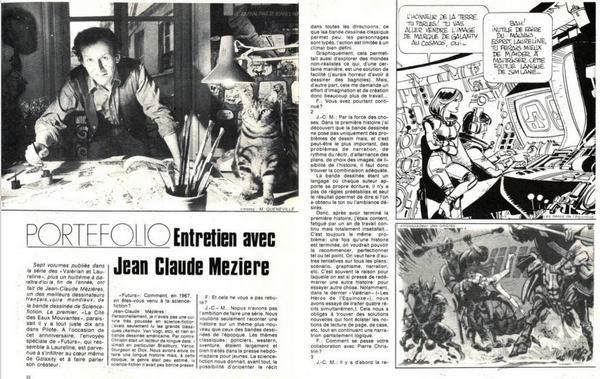 Also a superb Bilal ‘future kitty’, and a couple of other illustrations for the same story. 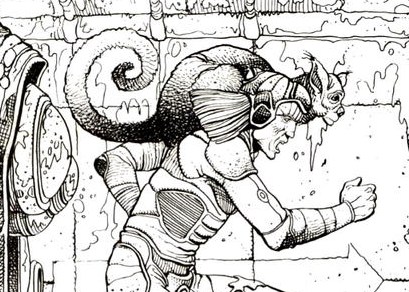 Also suitable for your kittification, the current and ongoing Black Cat Weekly. A digital magazine from Wildside that reprints choice older stories and often has vintage interviews. Apparently it’s actually a monthly, rather than a weekly. And not all about cats, although that might make a very suitable themed issue at some point. 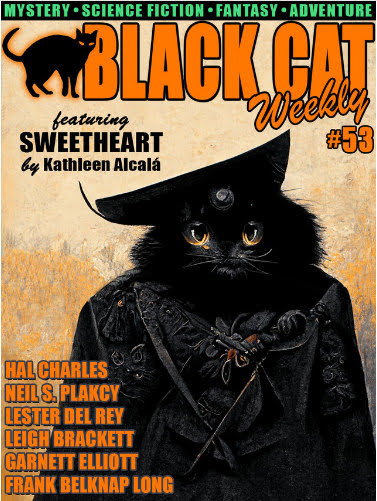 Don’t be put off by the faintly huckster-ish “educational technologist” label. He was at the Institute of Educational Technology at The Open University here in the UK, is “Academic Lead for online-learning service FutureLearn” (it’s a big one) and is “author of over 300 papers”.

As for the book it appears, from a long review, to be pitched mostly at the ‘history and theory of the field’ level. Rather than the level of practical $50 desktop software available now. Though that’s only the first third of the podcast, as the second and third sections are more practical. For instance, an accompanying website for the book is mentioned, titled Story Machines. This has a free public AI demo which is rather fab. I experimentally used it to expand an H.P. Lovecraft dream into a story form:

“Patrick base mesh” is new on ArtStation, affordable and with a permissive licence. It shouldn’t take too much work in a 3D package like ZBrush or Blender to turn this into a toon H.P. Lovecraft. 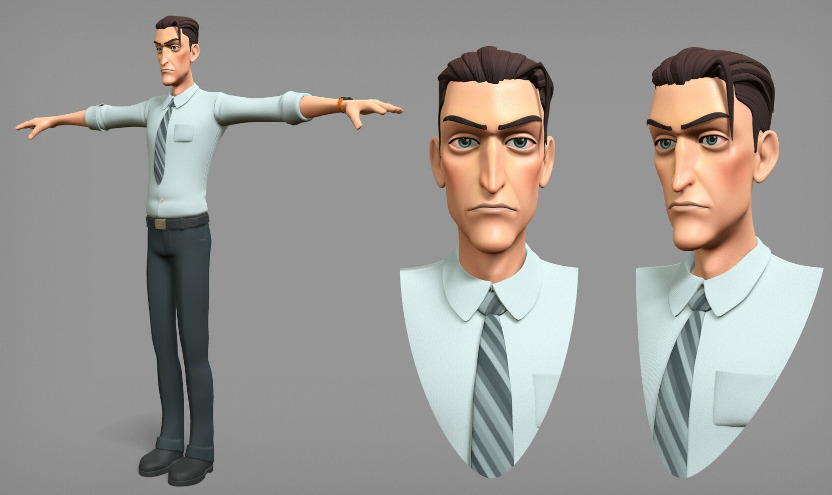 Also a fabulous new contender for an Ulthar kittie, although not toon, in the form of the new Savannah Cat (requires the base Cat Mars) for the 3D software DAZ Studio. Also a contender, via a sci-fi coat re-colour, for one of the “Cats of Saturn” heard about in Dream-quest. 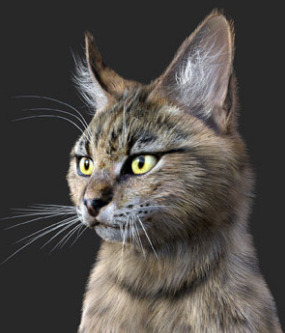 An Arthur Leeds crime one-pager from The Black Cat, March 1920. Newly on Archive.org. 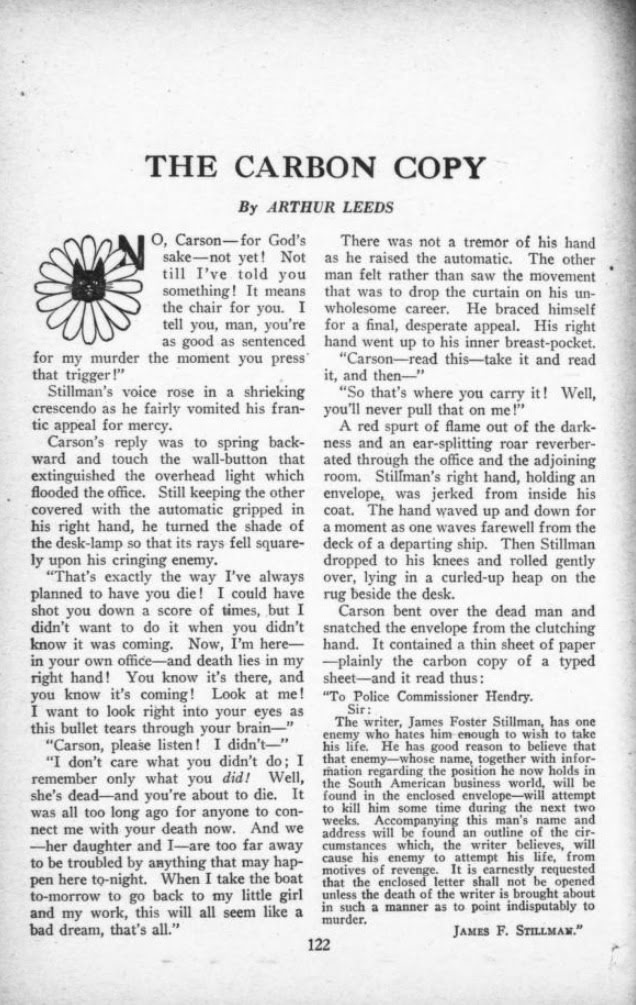 And a longer railway tale in the May issue, “Over the Great Divide”. 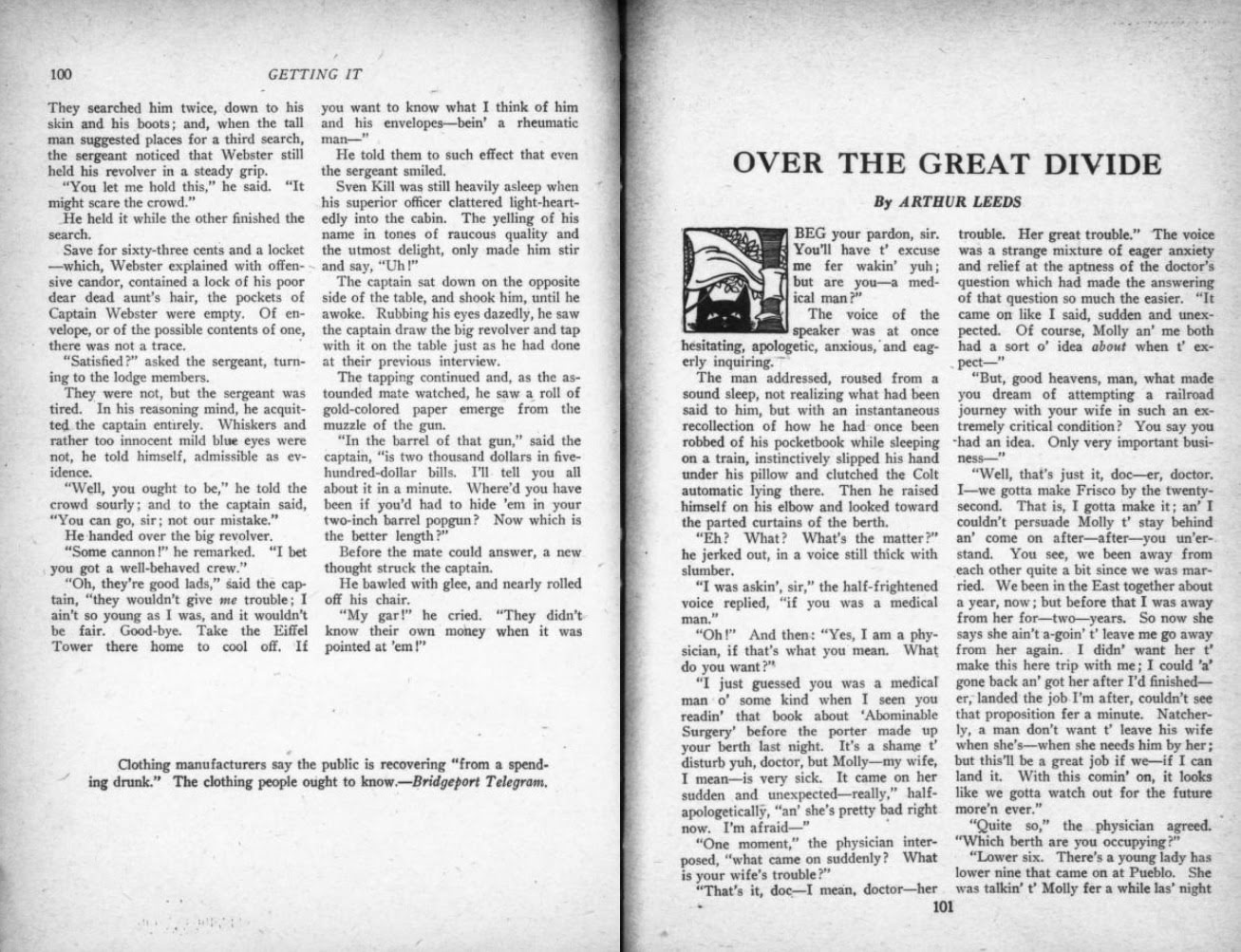 Fritz Leiber’s collected science-fiction cat stories, Gummitch and friends, newly available on Archive.org to borrow. Being cats + science-fiction this now commands quite high prices in hardback, starting at £50 and up. I see from eBay that there was also a slip-cased edition. 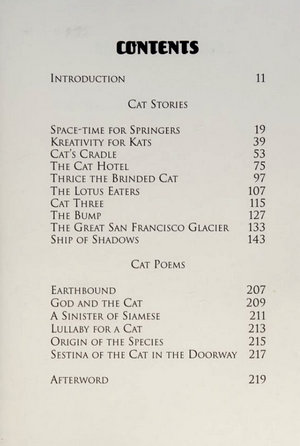 While I recover from yesterday, let the re-animated HPL himself entertain you on Kittee Tuesday with his new talk on ‘Cat breeds’…

… what is the reason that cats which have that within them which contains such divine melody, should make such execrable music themselves? The answer to this, perhaps, is simple. Cats are modest. They make no show of accomplishments. You never hear of a learned cat. … A cat pretends to no knowledge, not even to that of the piano and singing.

This ‘Notes on Cats’ project was, so far as I can discover, never expanded by Poe beyond being “Desultory”. Nor does it appear to have been accompanied by later essays on or around the topic. But the idea was later magnificently fluffed up to purring perfection by Lovecraft, in his own essay on cats.