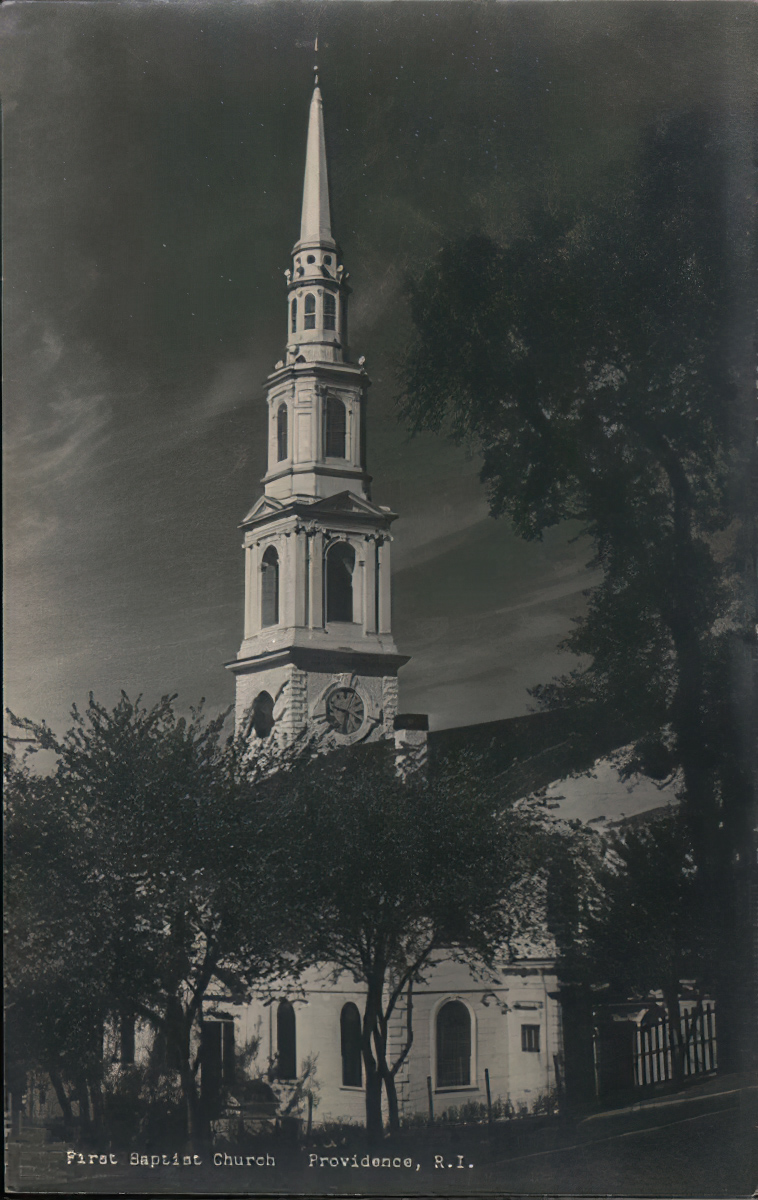 Happy Halloween. May all your scares be little ones.

A Lovecraft letter reveals an item I don’t think I’ve ever noted elsewhere. Lovecraft states that his Weird Tales rival, Seabury Quinn, held a day-job as the Editor of The Casket. This being the twice-monthly trade journal for undertakers. Bacon’s Publicity Manual states of the title in 1933… “Goes to funeral directors and embalmers; circulation 8,900.”

Newly arrived at Abe Books, Famous Fantastic Mysteries (Complete 81 issues bound in 19 hardcover volumes). Rather expensive. But it may interest a Bitcoin millionaire or someone who wants a good archival copy of the complete run for their deep storage bunker in Antarctica.

In 1941 Brooklyn unveiled a new Public Library, complete with an immense and somewhat Lovecraftian front door.

Psycho-geographers might imagine it as a ‘trace’ left by Lovecraft’s intensity in Brooklyn, become manifest in the ever-changing architecture of the city. Sadly there appear to be no pictures of it on a misty night in the early 1940s. But I imagine that there could have been a ‘shiver of the eerie’, if one had to pass through this portal on a sepulchral evening when no-one else was around.

I also wonder if it might have featured as a location in the imaginative fiction of the 1960s? It seems the sort of thing which might have been woven into a story set in Brooklyn.

Did Lovecraft ever see the designs for this doorway, as published in the weekend papers, shortly before his death? Perhaps to chuckle knowingly and lightly tap the page? We can’t know unless someone can point to a comment made in a late letter, but the timing seems right and we know he was an avid newspaper reader.

In 1935 the library scrapped Almirall’s project [which had become a hopeless ‘political football’] and brought in new architects, Githens and Keally, who stripped the partially completed structure of its ornament, instead proposing to build a more modern building. The new design was completed in 1941 and featured an enormous central entrance glittered with gold surrounded by a blank, unadorned limestone facade.

Found, another series of H.P. Lovecraft comics adaptations of which I was previously unaware. Previews reports it has now been mostly reprinted in paper by Caliber, and that “The Statement of Randolph Carter” is being added to the series soon. The latter is said to be re-set in the modern age.

I had of course been aware of Caliber’s two volume Lovecraft’s Worlds anthology collection, seen below. It’s been out ages and I’m fairly sure I’ve even interviewed one of the artists.

But despite my occasional perusing of Previews I was not aware that they’d been adding to the series. For instance, a third volume of Lovecraft’s Worlds in 2018.

Then there’s H.P. Lovecraft: The Early Stories. Not a comic but a heavily illustrated edition using Joshi’s texts and with an introduction by him.

And a The Shadow Over Innsmouth adaptation in 80 pages.

There are other interesting looking indie titles at Caliber, of the sort you’ll never hear about via the corporate press. Such as a 165-page Arthur: King of Britain.

From veteran comic writer/artist Michael Fraley comes this history of the famous and legendary character known as King Arthur. This fully illustrated comic series and collected graphic novel is faithfully based on the original adventure of Arthur as it was written by Geoffrey of Monmouth in the 12th century. Geoffrey’s work is considered one of the most important books of the medieval period, and served as the skeletal framework from which all Arthurian tales have since been based.

Arthur: King of Britain is available as a five-book £10 Kindle series on Amazon.

Talking of comics, I’m pleased to see one of my Digital Art Live colleagues on the cover of the latest ICC Magazine #16, and with an interview inside.

I get the vague impression, wafted to me over the luminiferous aether, that at least one Lovecraftian may be in the process of writing a comparative book about the approaches taken by Tolkien and Lovecraft. And perhaps also the ‘response to the times’. If that’s the case, knowing a bit about both authors, I’d be happy to read through a pre-publication near-final draft and provide a set of comments for the author’s use.

DuckDuckGo, Bing and Yandex now have the new Tentaclii showing up in search. Google Search is still lagging at present. It usually takes them two or three weeks to pick up a ‘new’ blog.

The 1921 British census is to be released after Christmas, a potentially useful source for researching the exact whereabouts of interesting people in British science-fiction / fantasy and amateurdom…

From 6th January 2022, anyone will be able to view the census online on Findmypast, allowing them to find out about their ancestors and discover the history of their home or local area.

It will also include the British armed forces stationed overseas.

The census is kept secret for 100 years. The 1931 census was destroyed by fire during the war, and the taking of the 1941 census was skipped because Britain was then in the darkest days of the war. All of which means that the next British census won’t be released to researchers until 2052.

Newly online, a timely and long article on “The Response to Epidemic Disease in Colonial Rhode Island”. Mostly about the early, pre-1800s history. Interesting in itself, and possibly also useful as research material / inspiration for Mythos writers.

The latest edition of Sensor Sweep sent me in search of a good audiobook of Kipling’s famous proto-steampunker long story “With The Night Mail” (1905, expanded 1909). Surprisingly difficult to find on YouTube in a good reading, and Librivox search ‘knows nurthing…’. Though Librivox does actually have it, which alerts me that their keyword search is obviously duff. Even a search for kipling night doesn’t pick it up. Librivox’s one reading turns out to be echoing and not ideal, though you might fix it up in an audio editor.

But that matters not, since trusty old Archive.org brings a good result. Patrick Stacey’s version from 2020, a one-hour reading complete with “enhanced with original music and sound effects” and which he made and uploaded himself. Super. I might even recommend it in the November edition of Digital Art Live. Though there is a bit rather awkwardly cut out at 45:20 minutes, the “Rimouski drogher” section. I can see why that was cut, but the vital description of the Mark Boat and the meteorite has also gone with it.

It was in print in the U.S. McClure’s Magazine, November 1905, the first publication — unless the British magazine that published it a month later was perhaps on the news-stands before its December cover-line. It anticipated a great many new technologies, from radio to air-traffic to medical (30 year has been added to the average lifespan). Here the story is deemed set in “June 2025” rather than 2000, and opens slightly differently. There are other small differences compared to the 1909 and 1915 book versions, and the sequel opens with a quote from the original that makes yet another small change.

Murray Ewing has a long new post on the lecture “On Fairy-Stories” by J. R. R. Tolkien, and some comparisons are drawn with Lovecraft’s approaches. There’s also the nice observation that…

Reading a poem about a cat, you might see all cats in a wholly new light; but having seen a dragon (even in your imagination), you’ll find all of reality renewed.

A copy of the famous bound-storyboard book for the Moebius / Giger / Jodorowsky Dune movie is set to be auctioned at Christie’s in Paris. The movie was famously unmade, and there’s even an excellent documentary movie about the film not being made (Jodorowsky’s Dune, 2016). There are likely to be about ten copies of the bound storyboard in existence, which is thick enough to stun a sand-worm.

Yours for half a Bitcoin, perhaps. Though it could go as high as $100k, given the rarity. I mean, no-one else is likely to be selling their copy soon, and museums/archives should be interested. The book is on the block 22nd November in Paris, but before that it…

will be on public display at Christie’s Paris galleries from Nov 18th-22nd.