A useful new definition from Rise Again Comics, this week… “an anti-fan is someone who claims to be a fan of something while advocating for everything that destroys it and the fandom surrounding it”. And, I’d add, while often also lining their own pockets — via side-tracking clueless newbies toward their own ersatz products.

* News of a Joshi-penned… “little detective novel featuring Lovecraft and Sonia as detectives, Honeymoon in Jail”, which sounds fun. Perhaps an opportunity there for an aspiring comics artist to do a graphic novel adaptation of this item, I’d suggest?

* There’s to be a Japanese documentary on Lovecraft, Dark Side Mystery which will screen in Japan in November. For which the Japanese makers took the trouble to jet to the USA and also to fly S.T. Joshi to the John Hay Library in Providence and interview him there carefully for several hours. It sounds promising, and one presumes it will eventually be released online with English subtitles.

* There’s also a documentary film being made with the “Canadian documentarian Qais Pasha”, which sounds like it could be on ‘Lovecraft and his places’. Update: the core of it is “Lovecraft’s visits to Quebec”.

Due in a month’s time, on 1st September 2019, Midwestern Strange: Hunting Monsters, Martians, and the Weird in Flyover Country from the University of Nebraska Press. The book appears to be a sort of travel book in which a bigfoot-hunting academic takes a year’s sabbatical from the University of Wisconsin. He spends a year visiting Gravity Falls-ish places known for their midwestern monster-mysteries, strange sightings and terrific tall-tales, while recording interviews. Each place gets a chapter, and also some musings on the lures of mystery and the traps of truth. 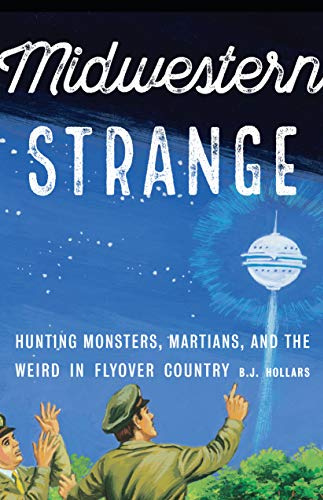 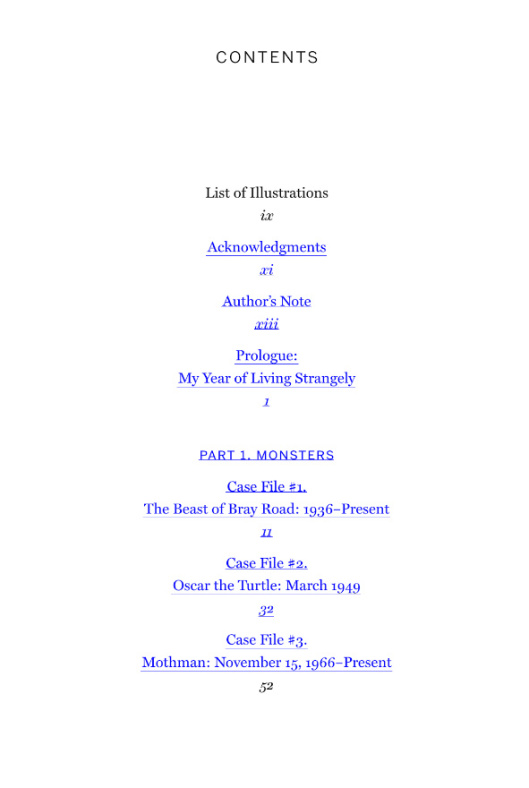 It follows the somewhat similar but rather more dry book American Cosmic: UFOs, Religion, Technology (2019), which interviewed both U.S. UFO-logists and the ‘extraterrestrial intelligence’ probablists (as in “they’re probably out there”), from the perspective of an ethnographer.

It’s the end of the month again. Here in the English West Midlands the month of July did its usual dance of sun and rain. Large pools now creep ominously across the wasteland toward Tentaclii Towers. The air-conditioning unit was ceremonially wheeled out of the darkness and dusted down for its usual three-day stint, in what passes for a British summer. Much ginger beer was sipped, with the aid of $59 from 19 kind Patreon patrons.

As for Tentaclii, daily posting continued and the usual haul of new items was hauled.

Forthcoming ‘collected’ books noted included Lovecraft’s best poems and best essays in new Joshi-tastic editions. In ebooks I noted the imminent affordable ebook of the stories of the late Wilum Pugmire, An Imp of Aether; and discovered that the older A Look Behind the Derleth Mythos: Origins of the Cthulhu Mythos is now available as an equally affordable third-edition ebook.

In survey books, noted were the new Encyclopedia of Weird Detectives; the new Weird Tales of Modernity; the free Worlds Imagined: the Maps of Imaginary Places in PDF; and a new edition of S.T. Joshi’s critical survey Weird Fiction in the Later 20th Century.

Various free scholarly items were linked up from my own Open Lovecraft page. The free Howard Days videos at YouTube, several scholarly, were also linked here in a couple of structured posts.

Scholarly ‘calls’ included S.T. Joshi’s new project Penumbra, a journal for criticism and scholarship of weird fiction, and The Dark Man journal (Robert E. Howard, and now also other pulpsters of his era), for which I made the suggestion that ‘The Small Town’ would make a good themed issue. Also noted here was the S. T. Joshi Endowed Research Fellowship.

In comics I was pleased to find the genuinely experimental Secuencia Grafica 1 from Spain, adapting “At The Mountains of Madness” in lively wordless storyboard form. I hope to have an interview with the maker in the next issue of Digital Art Live magazine, which will be themed around comics.

Outside print, a number of musical items were noted, including a CD and symphony performance, and a notable heavy rock album in place of fireworks for the 4th of July. Also news of several art shows, a theatre show, a new radio theatre CD, and a podcast or two. A couple of mildly promising indie games, Gibbous and Moons of Madness, seemed deserving of note.

For historical context there was a deep dive into “Around Brattleboro” which wrestled with the exact geography of the place and which may have found some new pictures of the 1927 floods that inspired Lovecraft. The Guest Post: “Lovecraft, alive in Paris!” gave an insight into Paris in 1970, its politics and its response to Lovecraft.

Feeling deprived of either a seaside holiday or a RPG jaunt into the Sahara, my Friday “Picture Postals” took a stroll down to the beach shacks of Marblehead and along the Newburyport shoreline, though nothing very remarkable was discovered there.

Some suggestions were made in “Toward an ‘Open Cthulhu’” and “Lovecraft’s Diary: a project proposal”.

As for my new discoveries, I’m pleased to say that several were made this month…

i) “On Buzrael” solved a small source problem in “The Dunwich Horror”.

ii) A possible new discovery was that Commonplace Book item #11 links with “The Cats of Ulthar” — though I’ve never been able to see Shultz’s Annotated Commonplace Book (1987), so perhaps he notes it there. (Is he going to get a new edition of that out, at some point soon?)

iii) “A letter from Marblehead” was a more substantial discovery, offering a very strong and previously unrecognised source for “The Strange High House in the Mist”. Possibly it’s now un-provable as a source, although someone with boots-on-the-ground in Marblehead, full access to the Lovecraft letters, and access to the Ward family records might be able to do something more with adding context to the discovery.

Coming in August here at Tentaclii, among other items: ‘HPL in an aquarium’ with many pictures; and a comic-strip drawn by Frank Belknap Long and featuring Lovecraft.

For my Patreon patrons, as protected posts here in July 2019…

* Lovecraft’s Unused Monsters, Cultists and Story-Settings: No.2 — the Ignis Phaunos.

* Wayne June’s “The Shadow Out of Time” (for free)

Just $1 a month (or more, ideally more) gets you access to these posts and other occasional goodies. 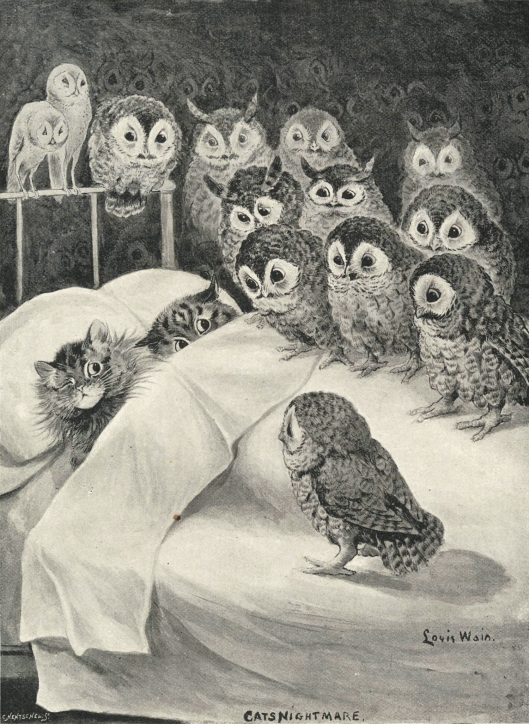 The Secret Tunnels of Boston’s North End is a new 30-minute podcast episode. The show is done weekly by “two Boston history buffs”. In this episode they debunk some of the confabulated guff being told to clueless tourists, and try to get to the heart of the history. 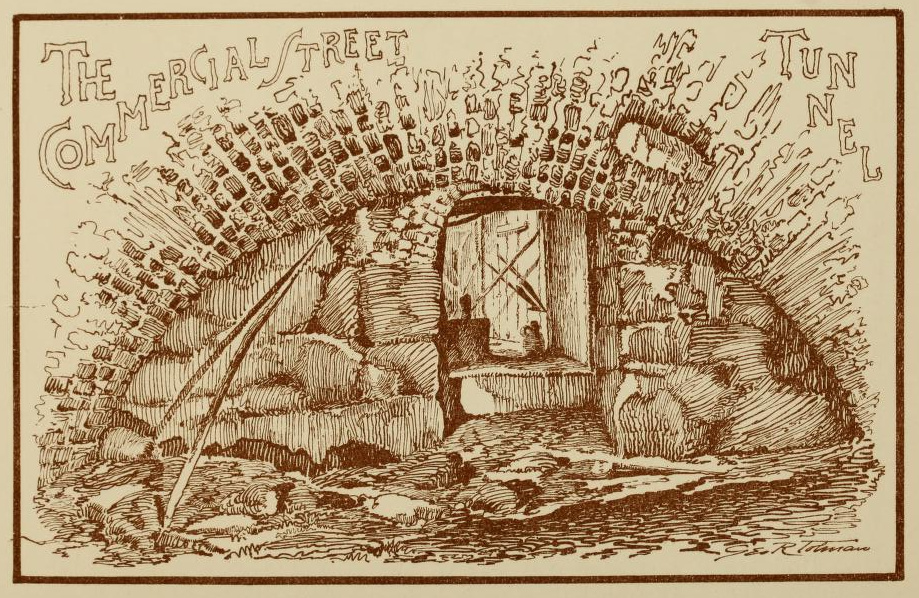 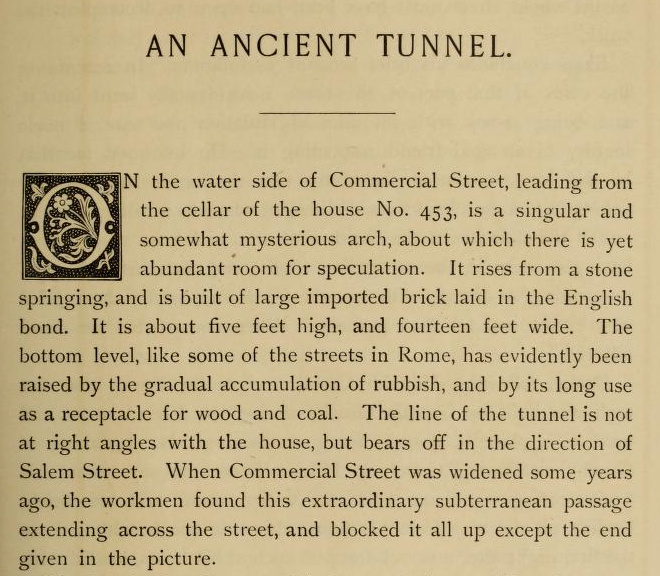 A small addition to my “Friday ‘picture postals’ from Lovecraft: Newburyport” posts. Here’s a possible prop for gamers seeking an additional plot-prompt. While not huge or 300dpi it should be printable if making a small card at perhaps 4½”. 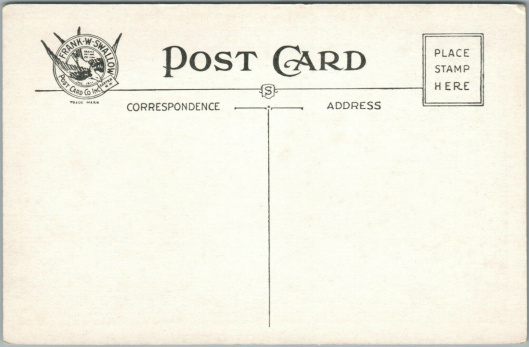 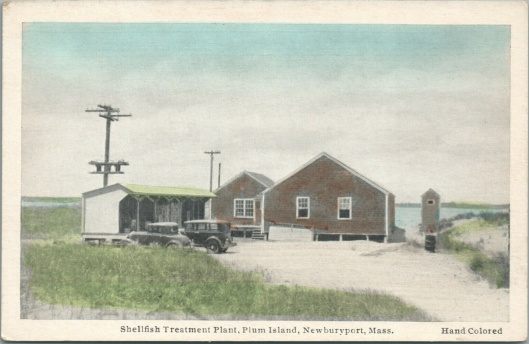 Is the apparently mundane new ‘shellfish treatment plant’ at Plum Island what it seems? Why are the cars of two marine biologists seen to visit it? What of the new rumours among the older fishermen of monstrously tentacular things being seen in the tidal pools…? Why does the place emit a faint phosphorescent glow at night? Etc.

That’s “spirality” as in geometric ‘spirals’, not to be mis-read as ‘spirituality’.

Burton’s Arabian Nights Volume 10 as an unabridged audiobook, including the Terminal Essay. Free from Librivox. I’d previously blogged on the earlier nine audiobooked volumes here, and had also linked to a means to lookup Librivox’s cryptic titling of the stories (such “Night 998”) and translate them into proper story titles.

If you don’t take to a reader’s voice, don’t forget that excellent free media players such as AIMP let you pitch-shift and speed-shift audio during real-time playback. Though that tends to work best on a desktop PC rather than an Android tablet.

The catalogue for 2017’s Texas exhibition Worlds imagined: the Maps of Imaginary Places is now available as a 70Mb free-and-public PDF download. 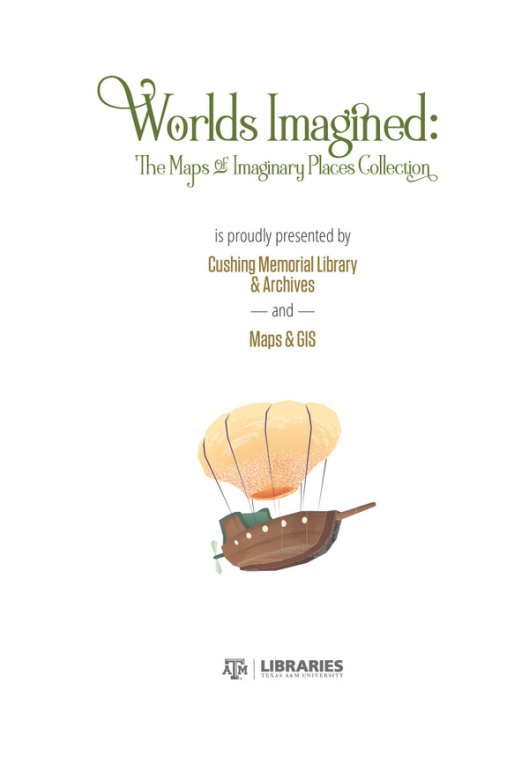 I expected to open a 600-page book with Tiny Footnotes. It’s actually only 92-pages of content with Big Pictures. Still, even at a relatively short-and-sweet length, the book is obviously a quality survey and a fine-starting-point for the fantasy map beginner. Or for those refreshing their memories and catching up with the best of the newer maps.

The recent 2014 map of Lovecraft’s Dreamlands features, and the book closes with a bit of one of Robert E. Howard’s maps of Conan’s world.

Sadly it can’t be OCR’d for use with local search, as the PDF’s security is tightly locked down. Also, if you wanted to quote the text you’d have to screenshot with Microsoft Office’s OneNote and then “Copy text from Picture”.

There’s also a 25 minute video tour of the exhibition, usefully SteadyCam-ed to prevent sea-sickness in viewers.

The journal Russian Literature Vol. 106 (May-June 2019) is a special issue on the Russian Gothic, including under the Soviets and after. Appears to be all in English, but is paywalled Elsevier stuff. Judging by the abstracts, it’ll help a lot if you’re conversant with the latest strands and currents of political thinking inside Russia — to know what they’re talking about when they refer to things like “the neo-Eurasian dream of a New Russian Middle Ages” etc.

A previous special issue was on Magic, Magicians and Russian Literature (Oct–Nov 2017) but there about half the essays appear to be in Russian.