Greece may be about to add itself to the long monstrous regiment of socialist basket-case nations, but at least their art scene appears to be thriving in the chaos. The latest interesting item is the exhibition ARRRGH!: Monsters in Fashion, at Athens (until 31st July 2011)…

They had an “Atopic Bodies” Monster’s Ball event two days ago to launch the show, and hopefully Flickr photos will be surfacing soon. There is a website for the exhibition, but it seems it hasn’t been published in time for the exhibition launch.

A free book or game cover, if anyone wants it. Licence: Creative Commons Attribution ShareAlike. Props: Poisen. Lighting, Staging and Photoshopping: me, using iClone and Photoshop. Larger size is 3000px by 2200px. 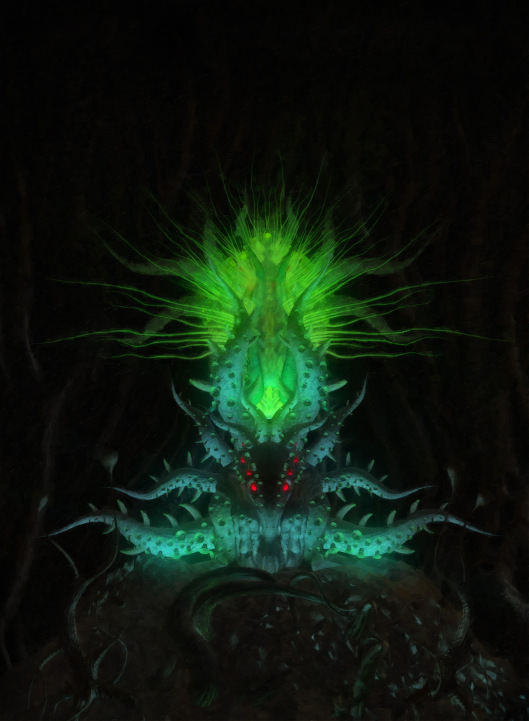 Fans of Lovecraft and the free 3D CG software DAZ Studio might like to look at the packs of 3D props and flexible props provided by Poisen on the Renderosity store. These have the twin advantages of low-cost and being royalty-free in terms of making renders with them… 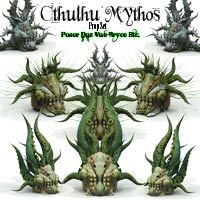 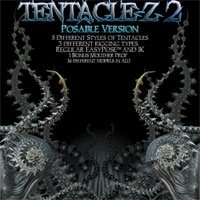 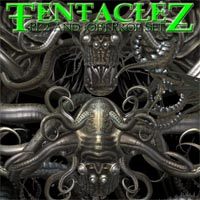 Will also work in Poser and Poser Pro (or even iClone, if you have conversion tools).

I just found what I feel is a deeply unfair and lackadaisical review of The Time Machine: a sequel, written by Richard A. Lupoff on SF Site. It’s perfectly obvious he has hardly bothered to read the book. He gives a so-called summary of the plot that is a complete travesty. It’s just outright wrong in places, such as his claims that the sequel gets Weena “trapped in a walled city”. There are any number of SF subtleties, themes, repeating motifs and symbols, and plot twists in the book — and continuations from Wells’s original — that are simply not mentioned. Lupoff criticises only whatever garbled version of the plot his drastic skim-reading has managed to cobble together in his mind.

He is also very misleading when saying that the extensive scholarly bibliography at the back of the book “barely scratches the surface” of general Wells criticism — but that’s a bizarre criticism because it simply wasn’t the aim to pick up on every aside and footnote on The Time Machine in every work ever written on Wells. He fails to point out that the very comprehensive bibliography (PDF online) is tightly focused only on criticism that is clearly about The Time Machine and its themes. In omitting to mention this, the reader of the review is deliberately given the impression that the bibliography is somehow skimpy. It isn’t.

In the end it seems he’s not criticising the book, he’s just criticising the fact that he’s been made to glance at a book of an unfashionable type and write a hasty review on it. Probably he got a bit miffed when the Editor thrust a finely-crafted Victorian-style literary sequel under his nose. On this evidence, I’d say he’s become habituated to the sort of action-oriented ‘doorstopper’ SF novels, of the sort that can be read at speed and heavily skipped over. And I admit I do that myself, with Stephen Baxter and others. Publisher-driven padding of books has a lot to answer for. But there are some books that obviously demand a different and more literary type of closer and slower reading. The Time Machine: a sequel is one of them.

If there’s a consolation in the review, it’s that his summary of the plot simply isn’t the plot-spoiler he intended it to be — because he’s completely missed the key elements and revelations. Ho hum. Anyway… anyone fancy writing a real review of it? I’ll happily send out copies.

Perhaps I’ll do an audio book version of the book, so it can be appreciated word-for-word. Lovecraft certainly works excellently that way, because you can’t skip anything and thus get the full impact of the language and atmosphere.

A nicely tentacled advert for eye-surgery, from Leagas Delaney Prague… 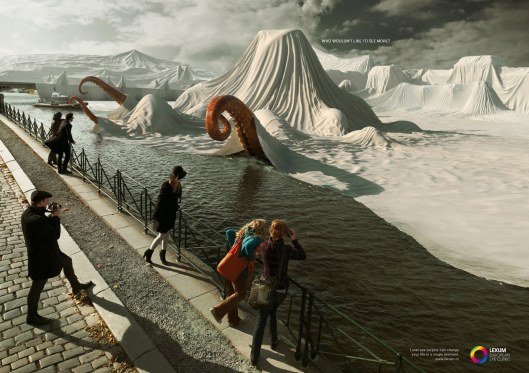 A call for the Future Lovecraft anthology of Lovecraftian science fiction. The editors seem to be inclined toward far-future and space SF. Deadline: 30th June 2011. 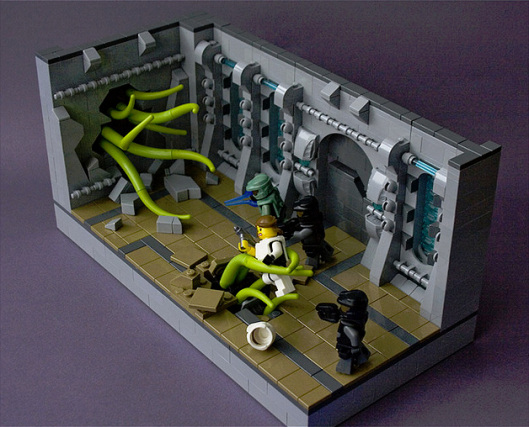 “sculptor of artefacts from the realm of the Dark Old Ones, the shapes, the thoughts and the very ideas that lurk at the edges of imagination bought forth into the light of day.” 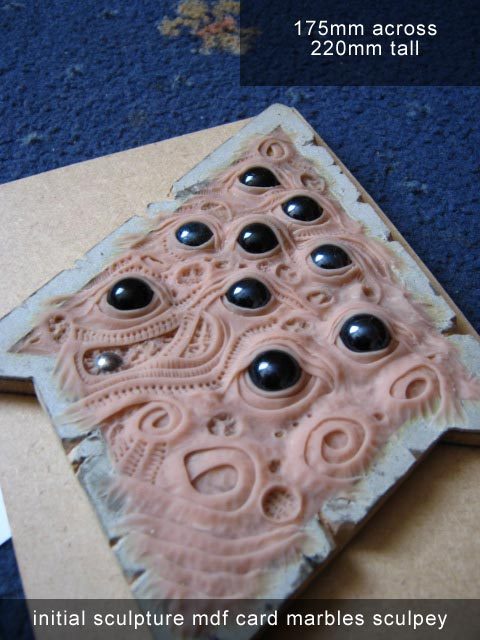 “It seems that anthology format is better suited for Lovecraft’s shorter fiction: three short sharp shocks in a row are better than a single one padded for feature length. This, at least, must be the rationale behind the script written by Andrew G. Morgan based on “The Haunter of the Dark”, “The Shunned House” and “The Thing on the Doorstep”. His anthology H. P. Lovecraft’s Arkham Sanitarium is produced by Survivor Films, an independent film production company based in London, as their first feature-film. The filming of this low budget venture begins in May 2011 (on Friday the 13th!), with the movie planned for release in October 2011. What follows are my impressions of the screenplay. Briefly and simply put, this is a very, very good script.”

Three or four months to add the CGI, music score, and edit on a feature-length film is perhaps rather ambitious — but if they have a great script, a solid cast of veteran role-players, and talented and well-equipped crew on location then they’re halfway there. The release deadline of October suggests it’s possibly a “get it done before we go back to university” film?