The Polish Litteraria Copernicana journal, Vol. 4 No. 40 (2021), is a Lovecraft special-issued titled “Lovecraftiana”. In mixed Polish and French, with a couple or articles using English if you click through to the actual PDF. All under permissive Creative Commons.

* The Imaginary Universe of Lovecraft: through the prism of animated cinema. [Discusses History of the Necronomicon (Hideke Takayama, 1987); The Dunwich Horror and Other Stories (Ryo Shinagawa, 2008) – which also adapted “Picture in the House” and “The Festival”; and The Night Ocean (Maria Lorenzo Hernandez, 2015).]

* Messengers From Other Worlds: asteroids, science and mythology in The Color Out of Space and Fireball. [English PDF]

* Representing The Unrepresentable: videogame adaptation of Lovecraft and the question of figurability.

* Could Lovecraft Create An Appearance Of Normality? [English PDF. An off-putting title, but it turns out to be a close historical reception-study of how… “the works of Lovecraft were an important touchstone for the revival of Catalan non-mimetic fiction in the post-war era.”]

In the issue’s additional material the following seem relevant to the theme:

* The French Theatre of Fear [Review].

* Anders Fager and the tradition of post-Lovecraftian narrative. [Personal think-piece or appreciative overview?]

L’Atelier des Flammes Noires has been invited to show at the Japan Expo in France in February 2022, and have an…

You’d think an author of Lovecraft’s standing would have a Journal of Record by this point, but I guess not.

Can someone tell Don about Tentaclii please? He doesn’t appear to allow comments on his blog.

Howard Andrew Jones usefully attempts to hack ‘n slash through the demon-haunted mountains to reach the “The Best Of The Conan Pastiche Novels”. It’s a short list. John Chris Hocking’s Conan and the Emerald Lotus, and Sean A. Moore’s Conan and the Grim Grey God, sound like the two I’d want to start with. Though neither appear to be available as an audiobook, regrettably. 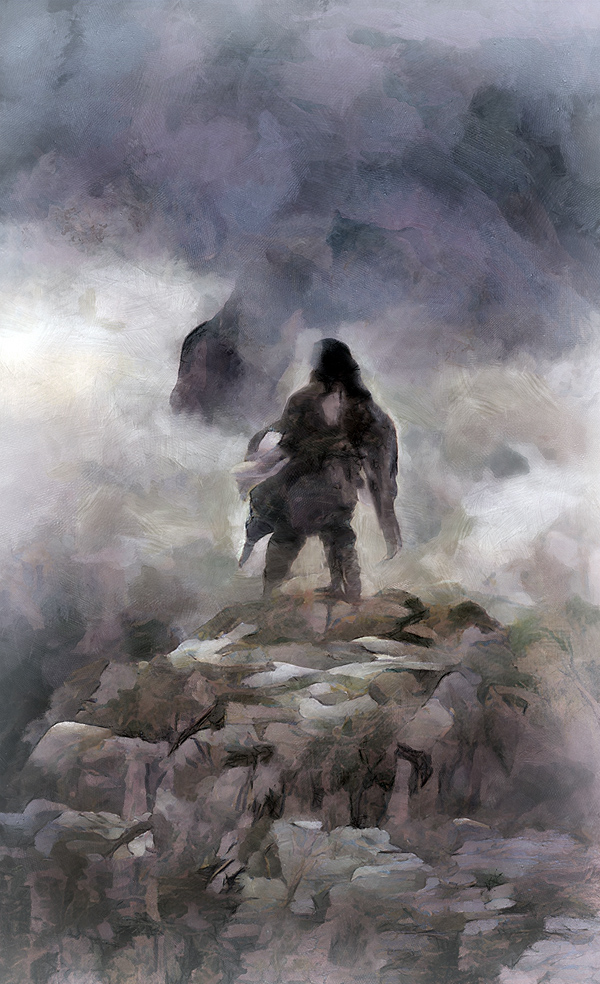 Diacritik has a long review by Yann Etienne of volume one of the new French translation of Lovecraft. 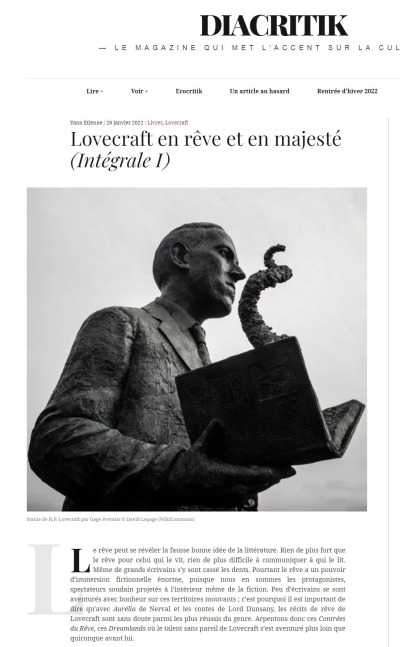 The new Mnemos edition retains the story-titles of the old one, to avoid future confusions… “…and volume 1 has a focus on the Dreamlands [with 17 stories, fragments or prose poems, including Dream Quest…] ‘This is not a book, it is a territory’ warns David Camus in his introduction. This would be valid for the full range of Lovecraft’s work, yet it resonates all the more more for the Dreamlands cycle. A superb map by Maxime Plasse allows us to savour the terrain.”

On Dream Quest… “we know without a doubt that we are in the presence of a unique text. This is how we recognise great texts: not by their hypothetical perfection, but by their extreme singularity. […] it creates its own space and a genre apart. […] The fairest comparison would be to shelve it alongside Dante’s Comedy”.

Lovecraft was… “a more eloquent letter writer than Voltaire”.

Bobby Derie has a new excellent blog post giving an account, with plenty of letter extracts, of Helen V. Sully’s 1933 visit to Lovecraft and the New York Circle.

What did she play, though? A quick tickle of Archive.org puts some detail on her talents as a musician, at least in terms of what she played (and thus was likely teaching by 1933). It shows her playing publicly in a string quartet in both 1923 and 1928. 1921 also saw her playing the piano in public. In her music review for the Auburn Journal for 1st August 1935 she reveals her own instruments, calling herself “a violinist and pianist”. This was in the context of the success of the first annual Carmel Music Festival, in which she had participated and played in public.

Lovecraft had also been a child violinist, arduously practising for two years (1897-1899, aged 7-9) under close professional tuition… until it “became such a nightmare” and a complete nervous rejection of classical music set in. He would thus have had a certain appreciation of the training needed in youth to later become a public performer on the violin. Interestingly Lovecraft had kept his boyhood violin…

Three or four years ago I picked up my little neglected violin, tuned it after purchasing new strings, & thought I would amuse myself with its sound, even though I did no better than a rustic village fiddler.

One then wonders if he still had it when Sully arrived? And if she stringed and tuned it up and played it for him? Although he tells Sully in a letter, discussing another musician she had seen, that…

my unmusical ear would be deaf to much of the subtle & unique charm of the rendition. 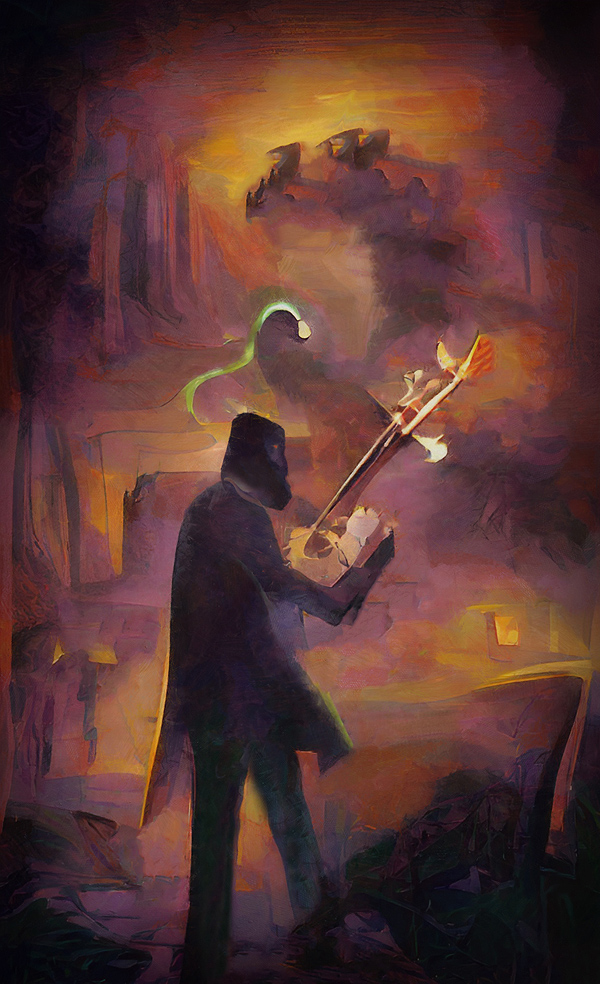 The Music of Erich Zann

New on Archive.org is W. Paul Ganley’s ‘zine Toadstool Wine (1975). The lead article was the non-fiction “The Literature of Cosmic Dread” by Fritz Leiber. Page 46 of the ‘zine also offers an October 1935 letter from Lovecraft on the craft of story-writing.

“He [Wright] says my stories are too long — and then proceeds to accept some interminable series from one of his regular hacks”. 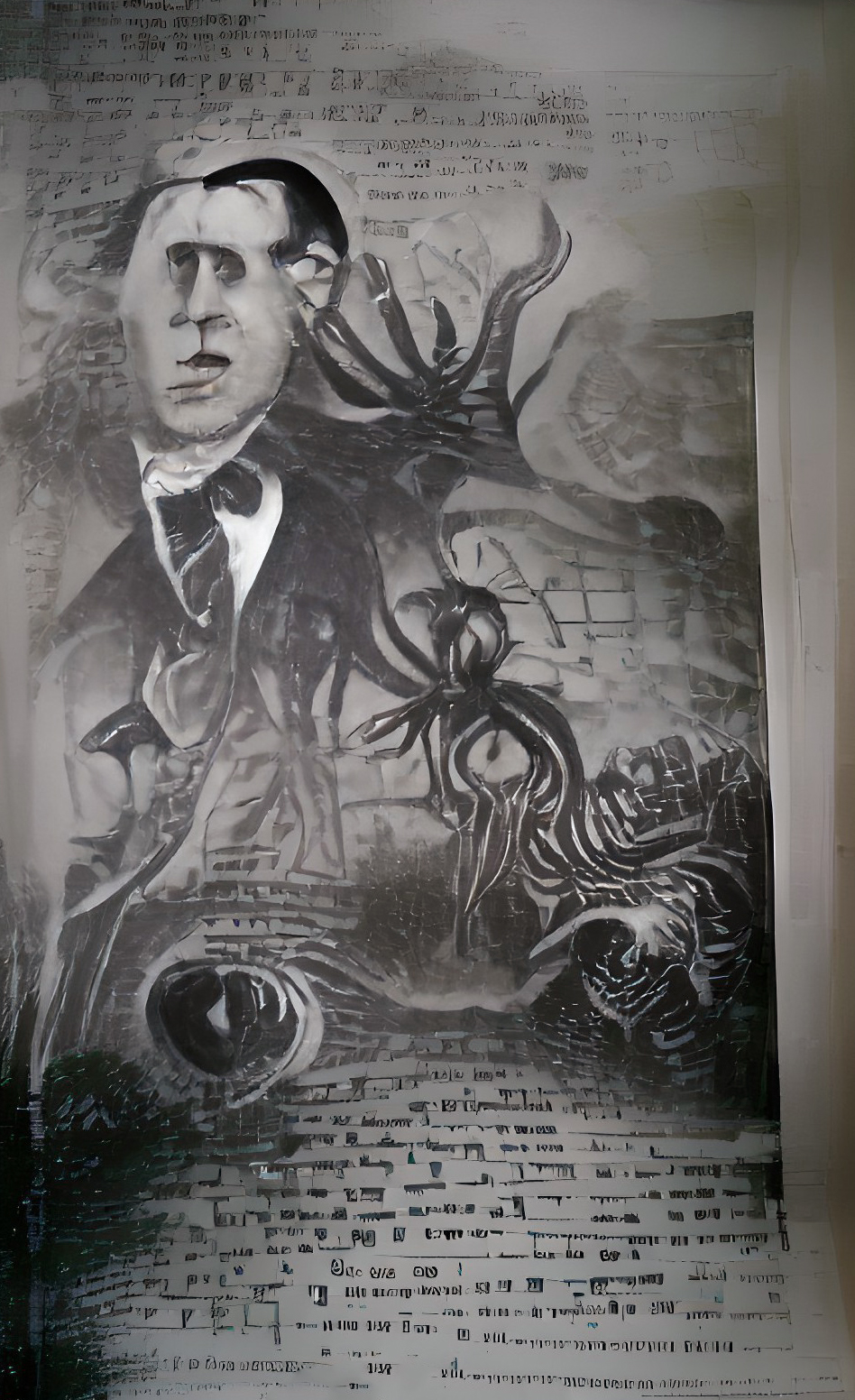 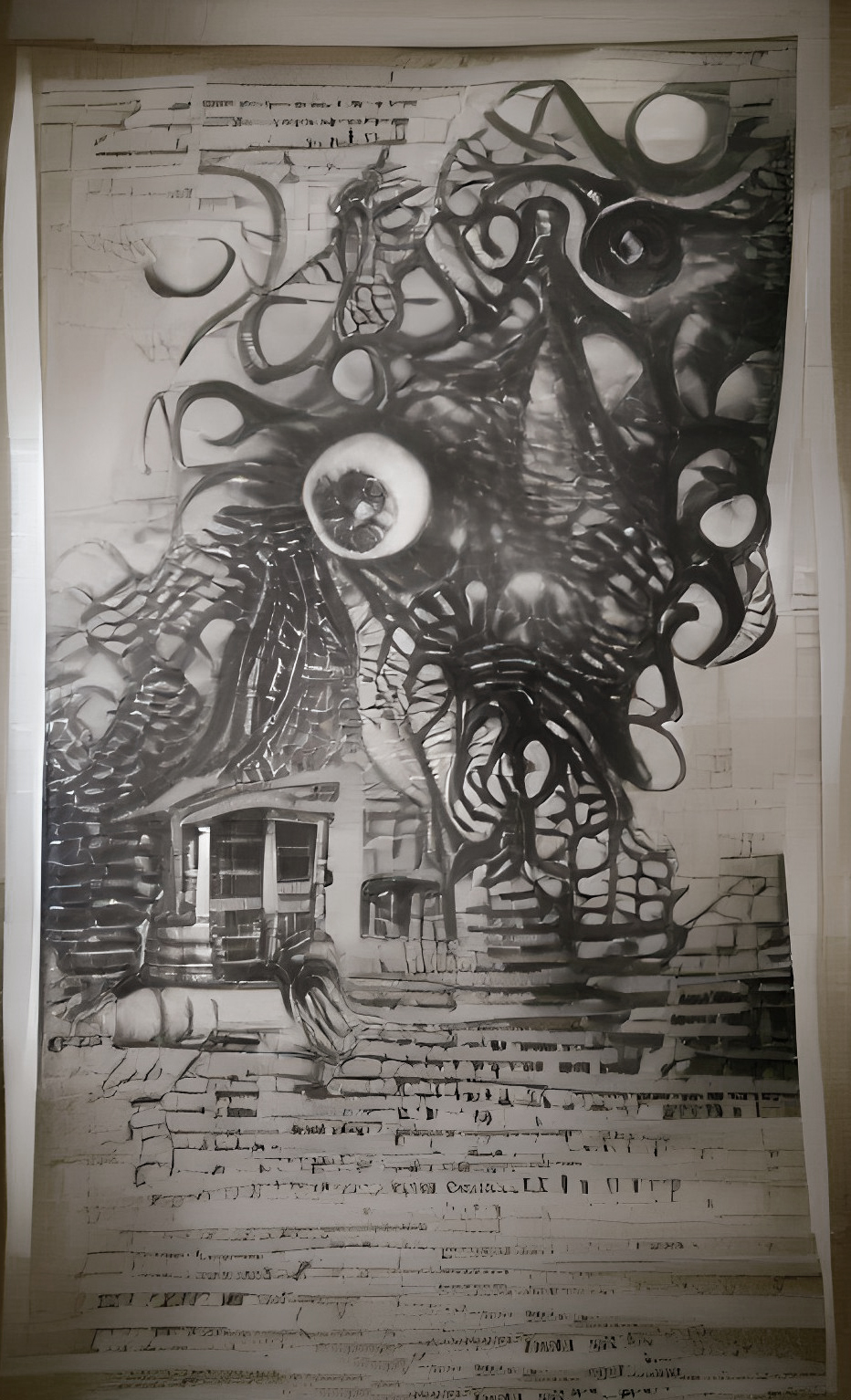 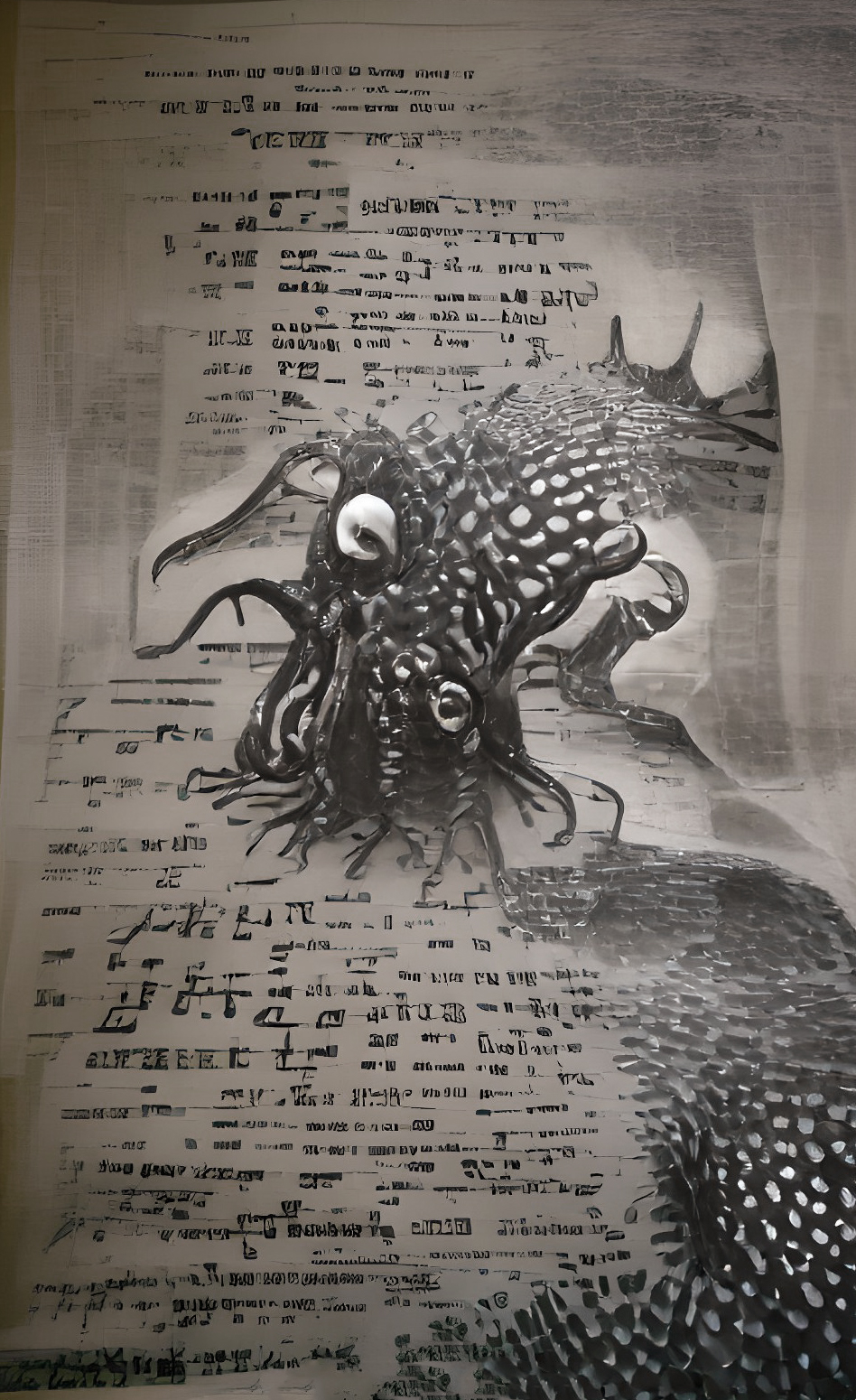 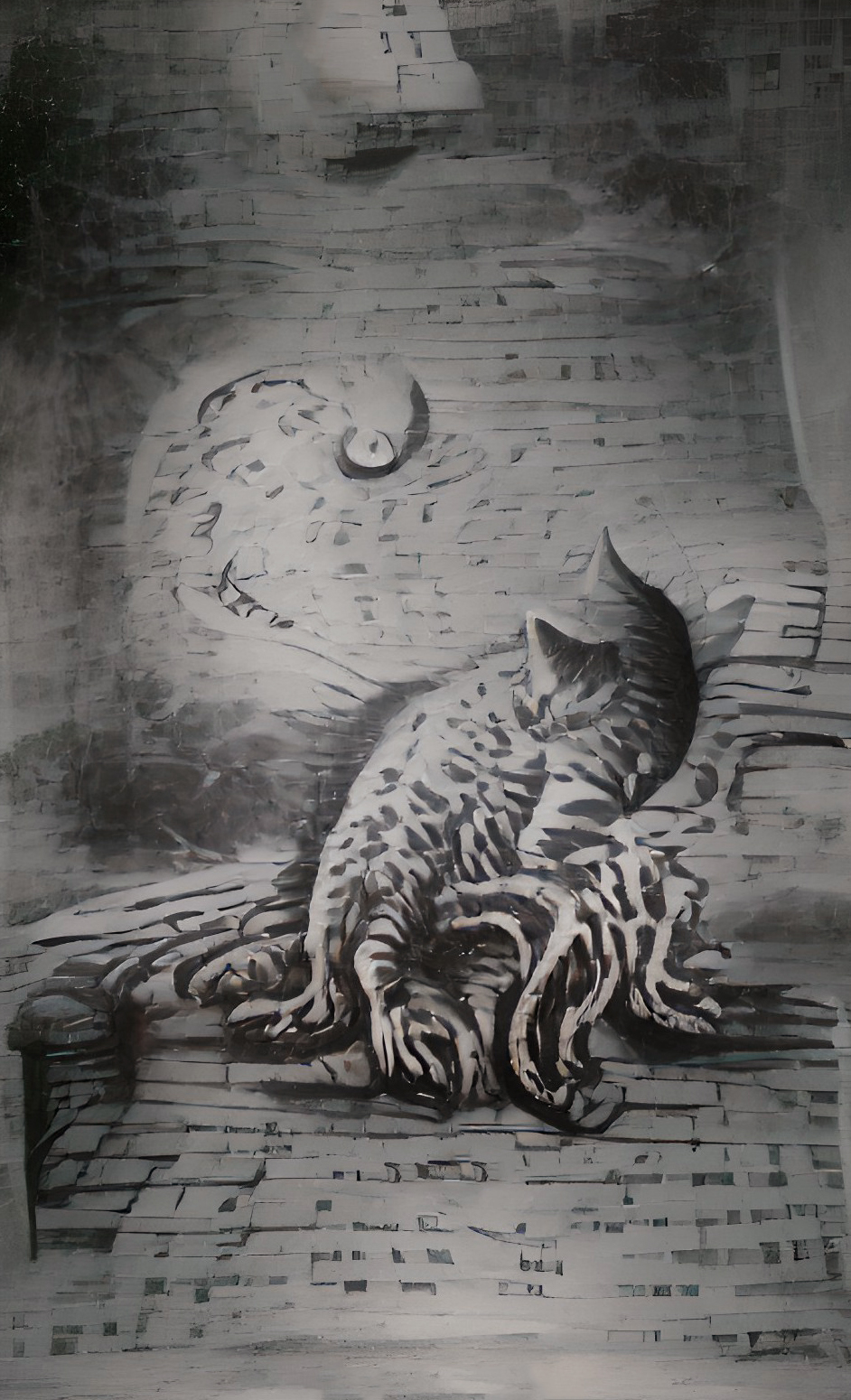 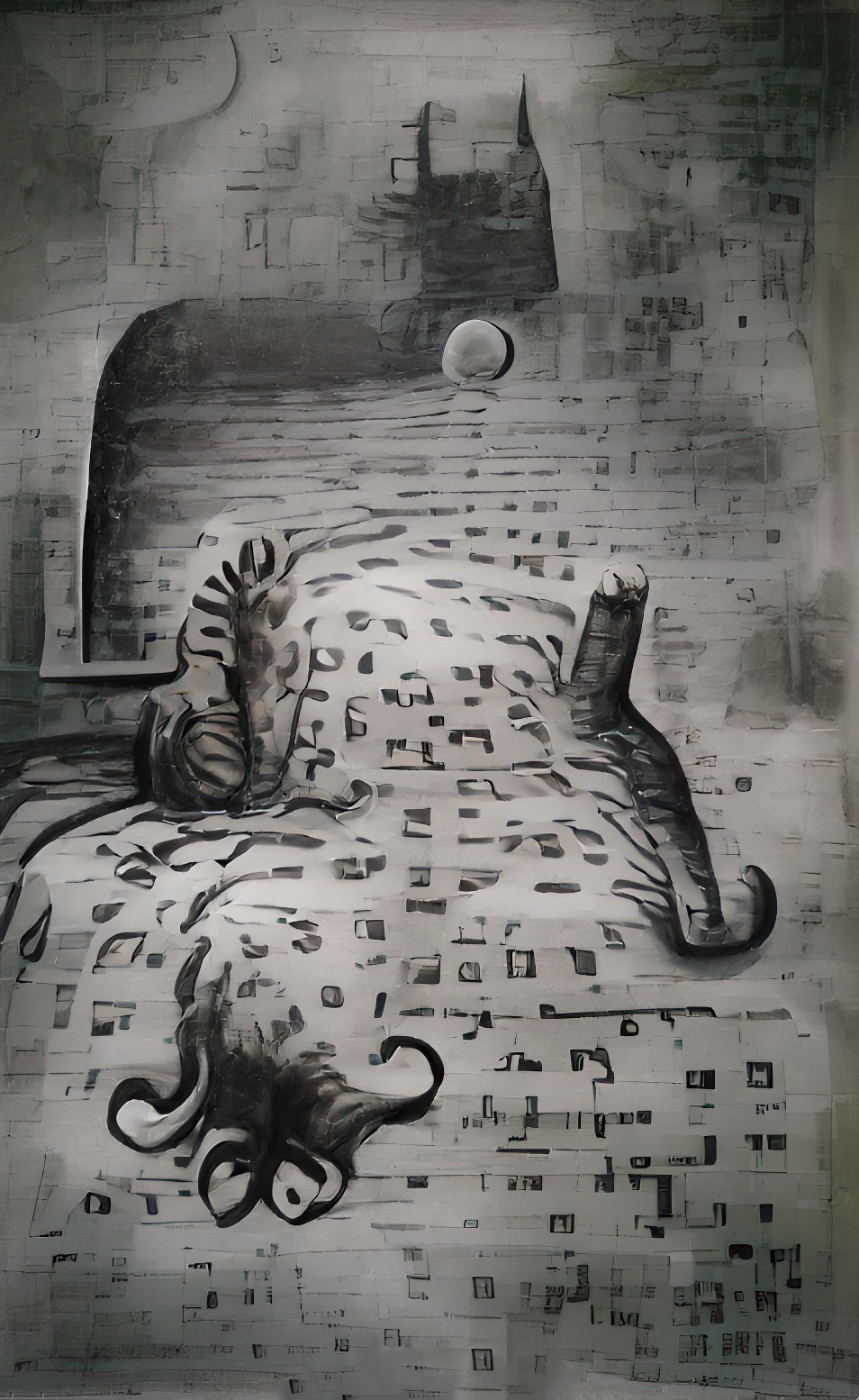 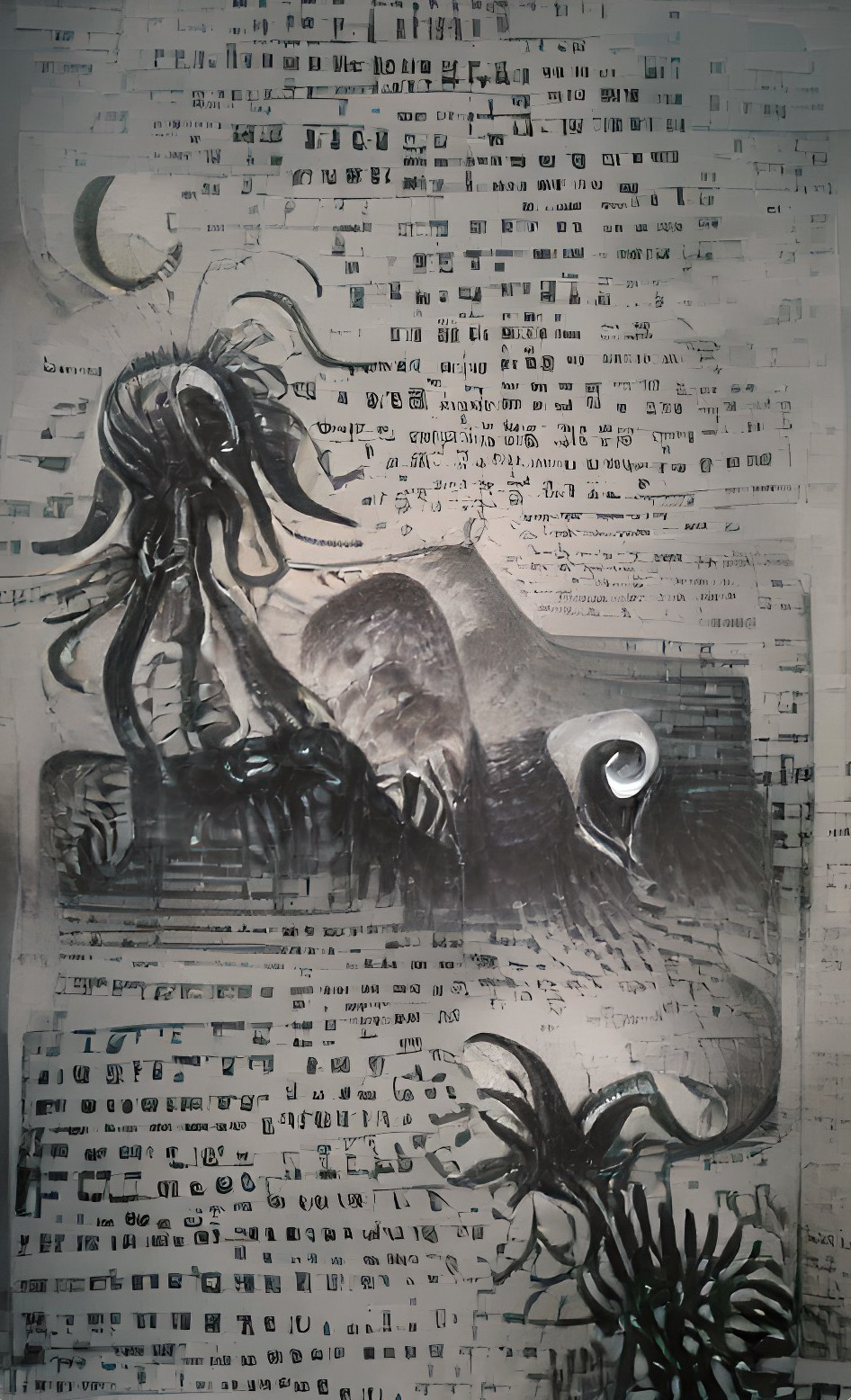 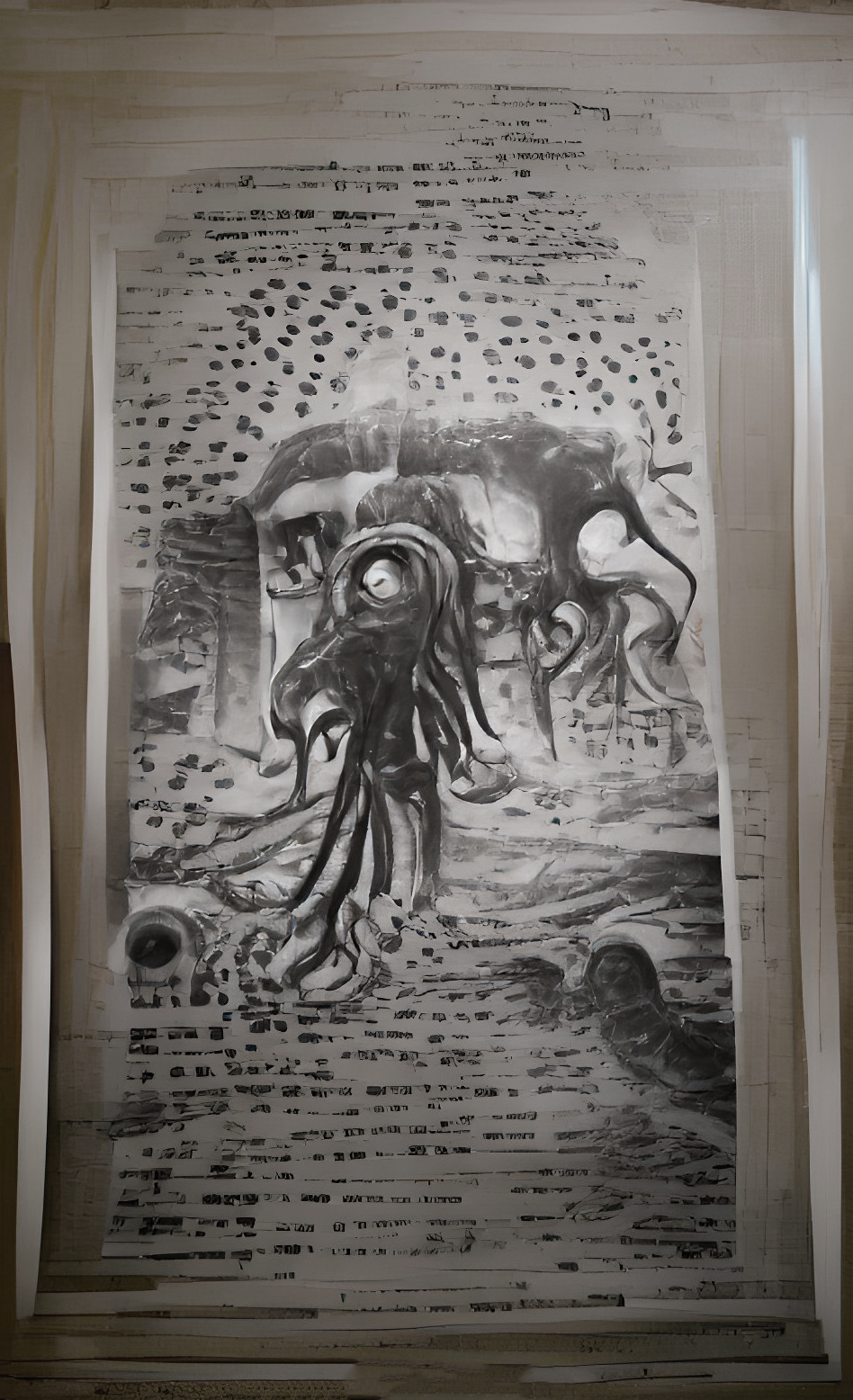 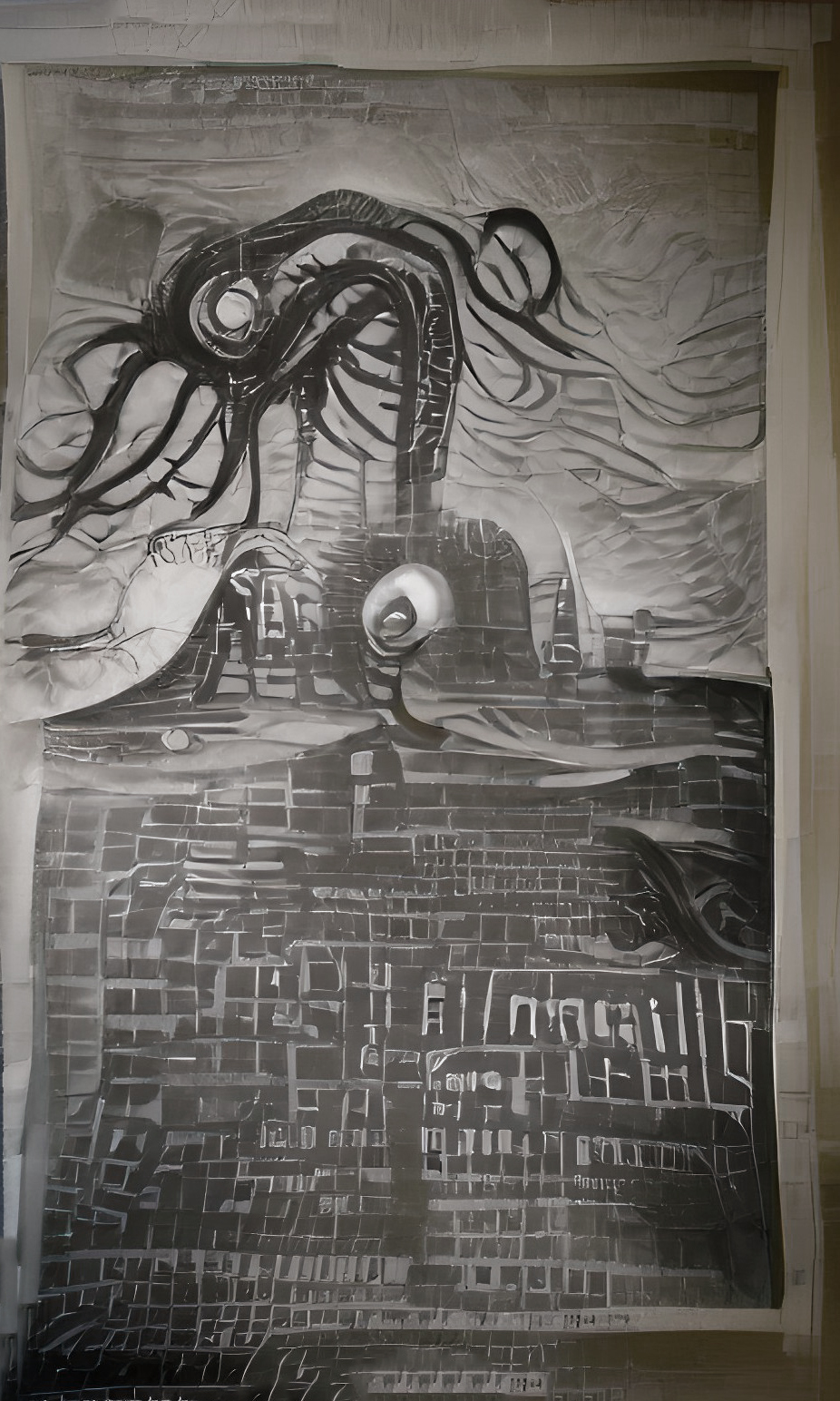 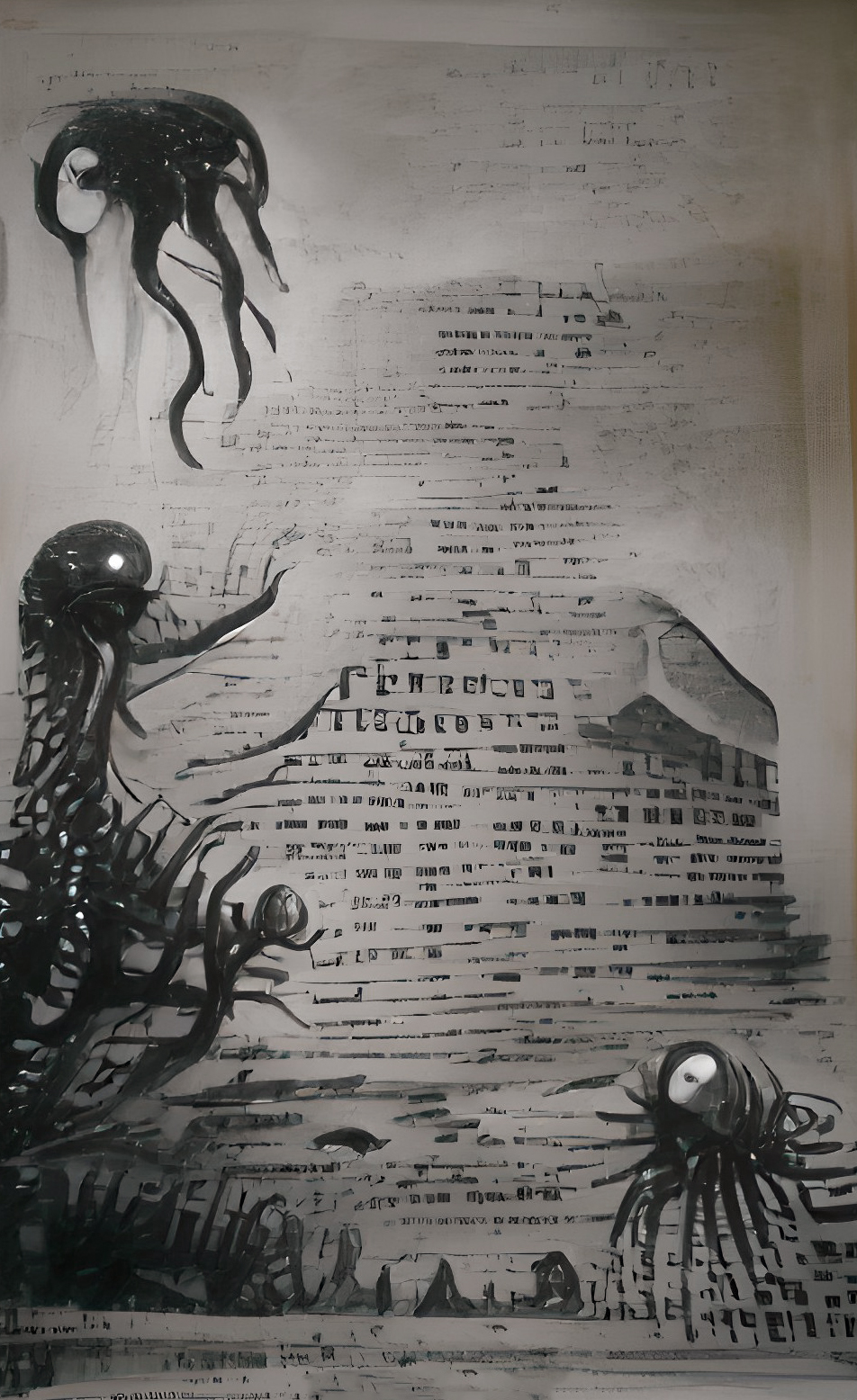 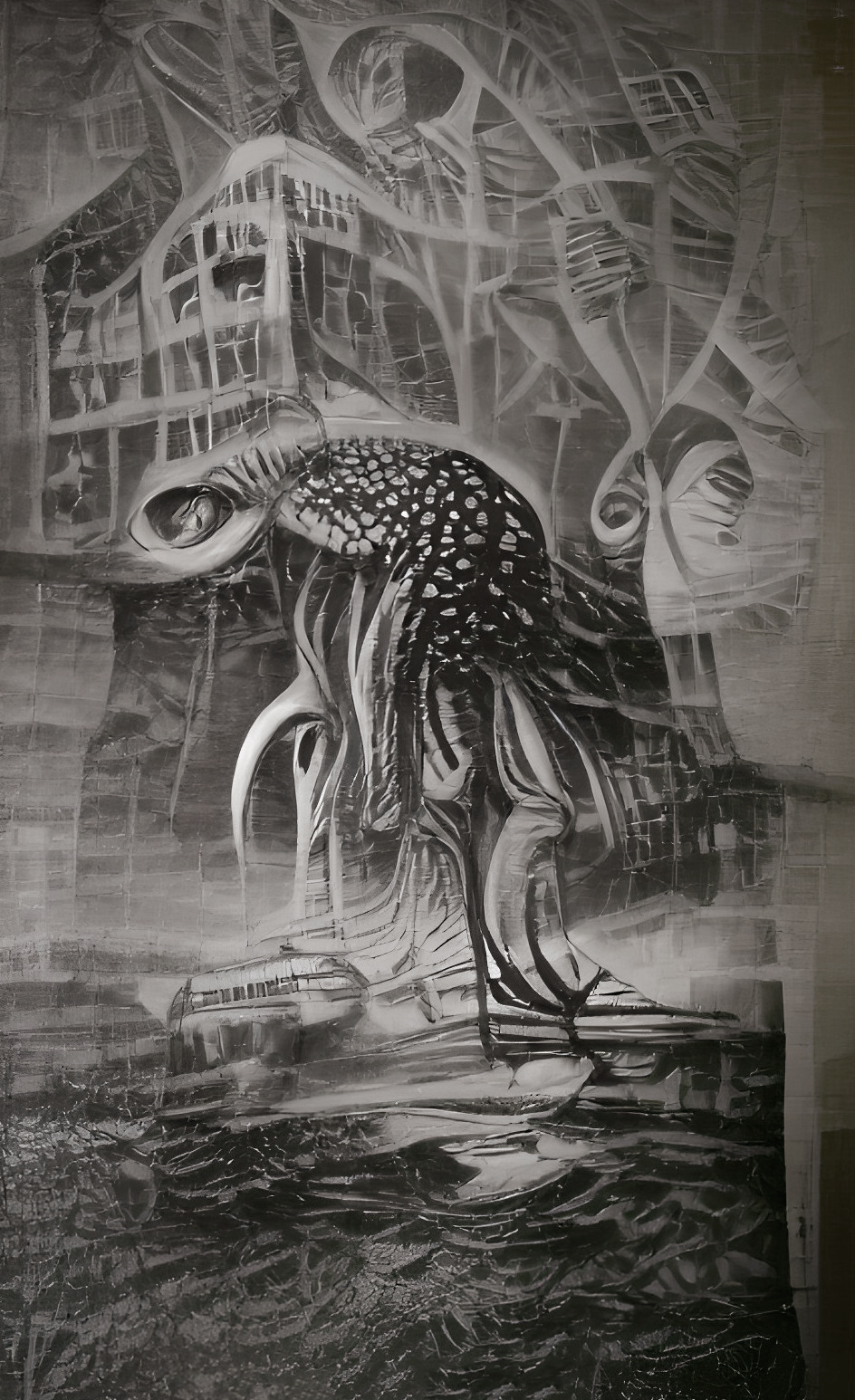 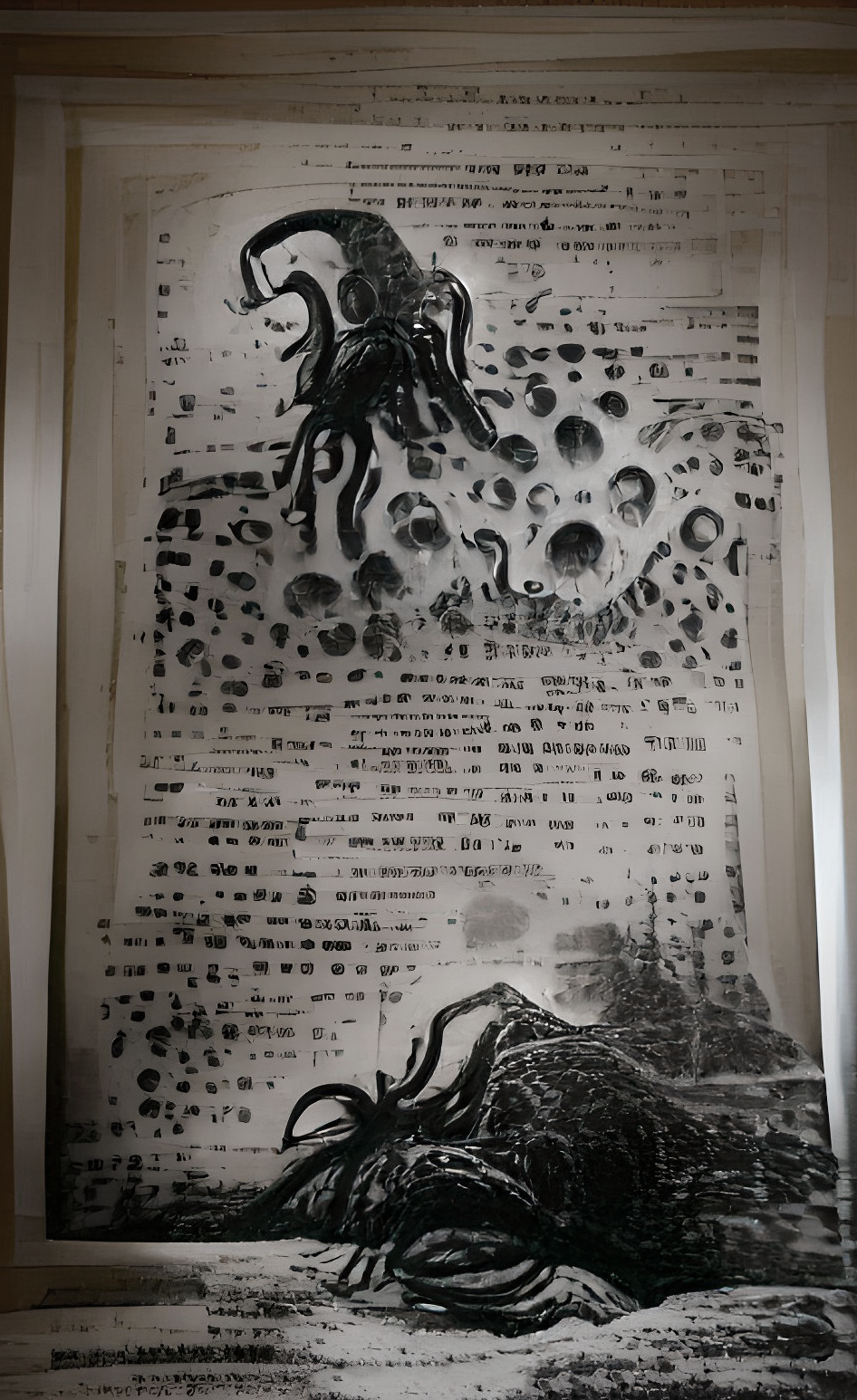 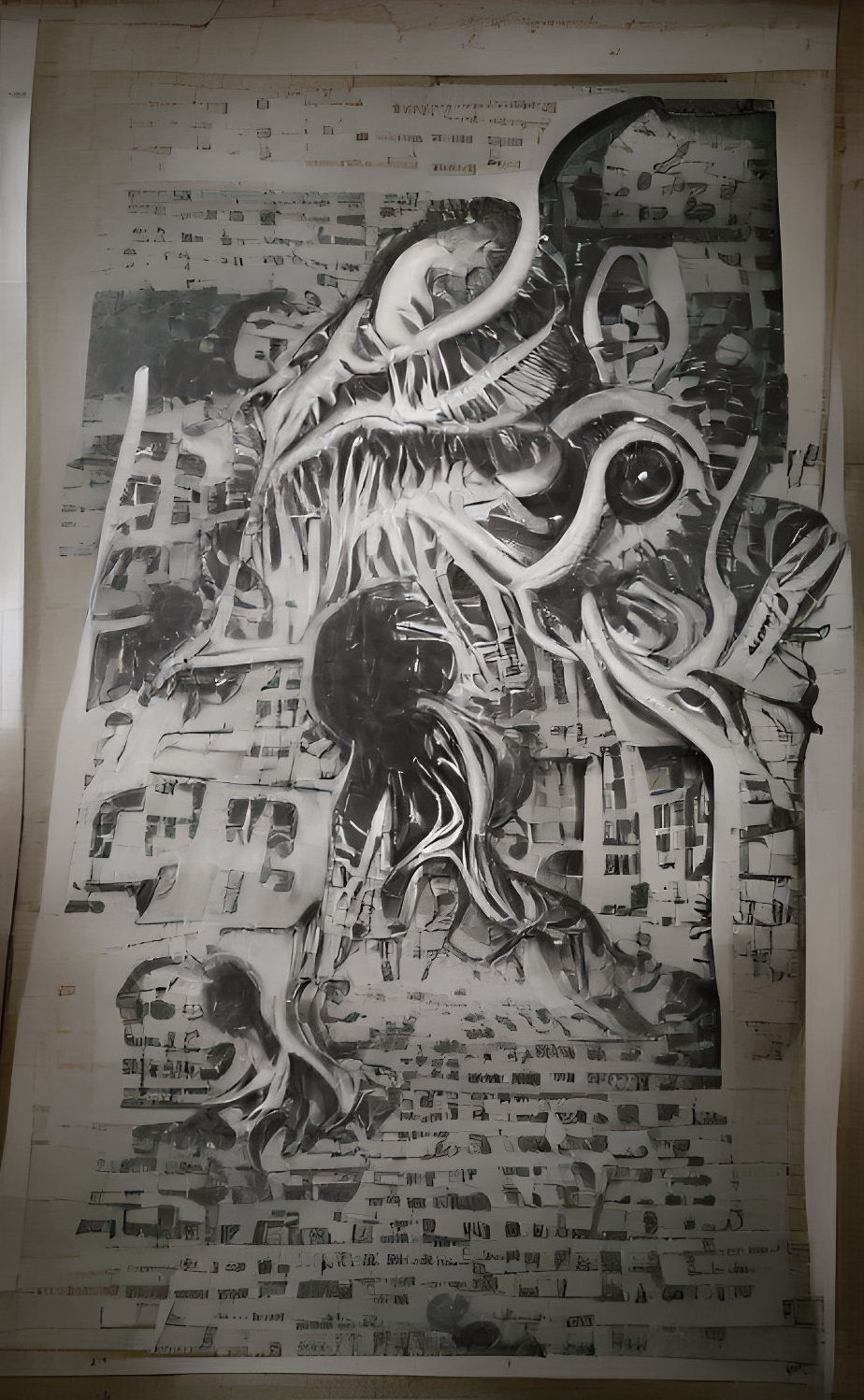 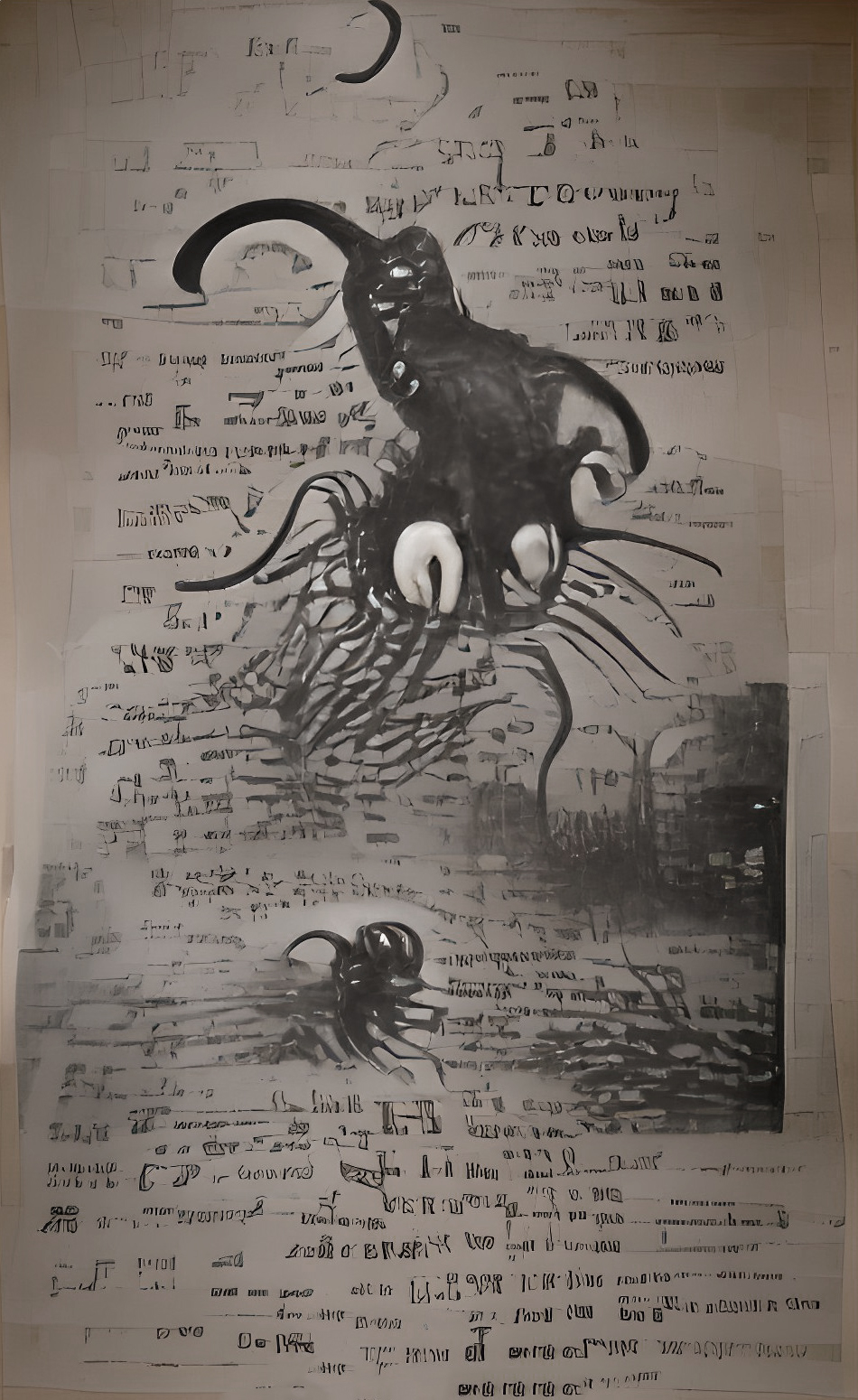 The 2022 issue of The Pulpster journal is now calling for contributors. This year’s convention themes will be: ‘A Half-Century of Pulp Conventions’; ‘Action for a Dime!’ (Dime Western and Dime Mystery); and the centennial of Fiction House (Jungle Stories, Planet Stories, Sheena, Queen of the Jungle etc). But they are open to considering articles on other topics within pulp publishing and collecting.

The inaugural Chaosium Con is happening in Ann Arbor, Michigan, USA, on the 8th-9th April 2022. Booking now, and I’d imagine it’s a ‘must do’ event for Lovecraftian RPG players.

Possibly also of interest to RPG players, NecronomiCon Providence is set to start selling passes from 18th February 2022, in anticipation of an August convention.

A curious bit of prog-rock Lovecraftian history and a new interview, new on the prog-tastic Psychedelic Baby magazine’s website…

The legendary underground album ‘Tips zum Selbstmord’ by Lovecraftian prog rockers Necronomicon was originally released in a complex fold-out cover in 1972. The band formed in Aachen and was one of the few progressive groups that dared to perform songs in their native language. [English was then the default language for pop/rock in continental Europe] Lyrics and the band name were taken from the legendary H.P. Lovecraft.

Uninteresting cover artwork, from a Lovecraftian perspective. But possibly the music still has appeal for German Lovecraftians?