Snagged on eBay and ‘AI up-scaled’ (I found one that’s good for typography) and cleaned a bit. Possibly of interest for Lovecraftian RPG game-masters looking for late Victorian props… 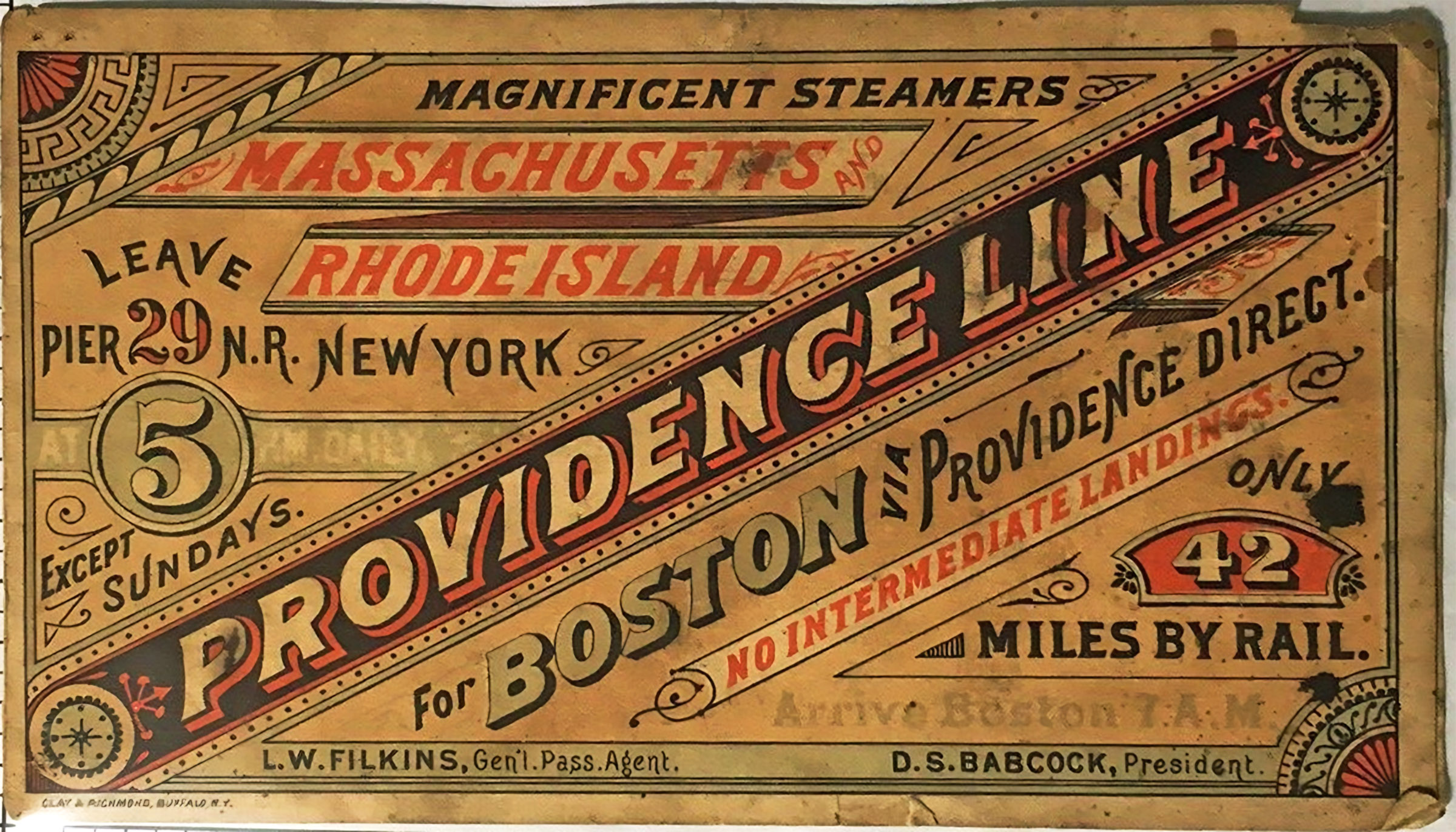 A Lovecraft letter to Duane W. Rimel, now for sale from L.W. Currey. 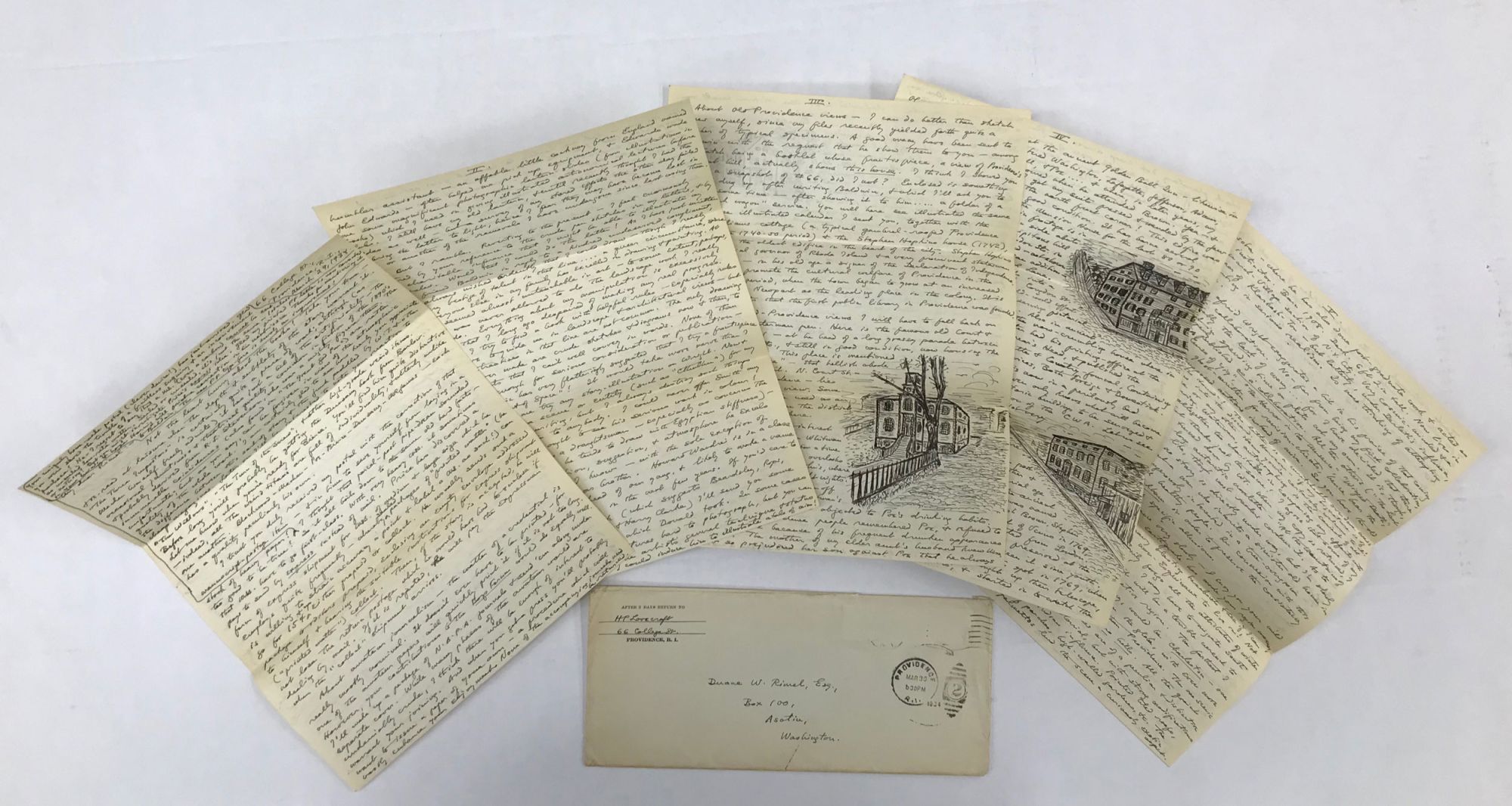 The description makes no mention of Letters to F. Lee Baldwin et al. There the text of the letter appears to be published complete, and it matches the Currey description. But the “7 pen and ink drawings” are not shown with the letter in the book. Nor are the drawings found with the letter as partially published in Selected Letters IV.

Three of the pictures can be seen in the above Currey listing picture.

Mediachance has revealed a Cyber Monday discount. This one-man developer mostly makes worthy arty Photoshop plugins and filters, and now offers a further 25% off everything via a coupon-code.

But this offer is of interest to Tentaclii readers because of his CQuill Writer. This is his labour-of-love innovative AI-ish creative writing assistant, which I liked when I tried the free version. It helps you emulate the style of a famous writer by ‘digesting’ their corpus. The ‘one-time purchase’ paid version will let you ingest Lovecraft’s tales, and thus make the master a prompting ‘style assistant’ as you write. This is not as annoying as it sounds, and it works really well. The software can also serve as a far more user-friendly Scrivener equivalent for planning and organising a large work of fiction.

With the discount you should be looking at somewhere around $35, maybe $42 with a local sales tax added. If that’s worth paying will depend on how much you want to emulate Lovecraft, Tolkien, etc. If you don’t, or can do that without prompting, then just use the free version. 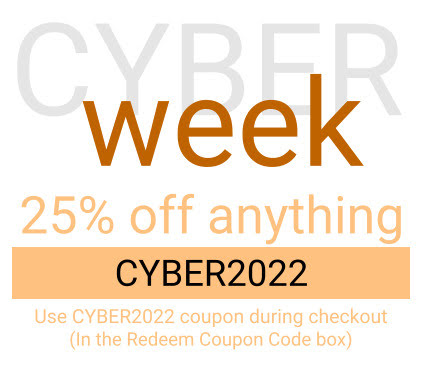 I also noticed 50% off (via a front-page coupon-code) at the RetroSupply Co. including the 1950s trash-comic TOOM Horror Comic Font, which may interest makers of faux retro items for RPGs.

Mist and Mystery: Recovered Stories and Essays by Arthur Machen, including his journalistic work described as “forgotten articles”.

Another newly discovered open-access journal, Messengers From The Stars: On Science Fiction and Fantasy. From the University of Lisbon, Portugal. Current issue is 2022. No Lovecraft content, at least not yet.

A peep at the British anthology By Daylight Only (1929). A new sale listing shows the original dust-jacket, which gives the colour. The paid repro ‘Facsimile Dust-jackets’ version has it as red, but here I’ve digitally recoloured to green… 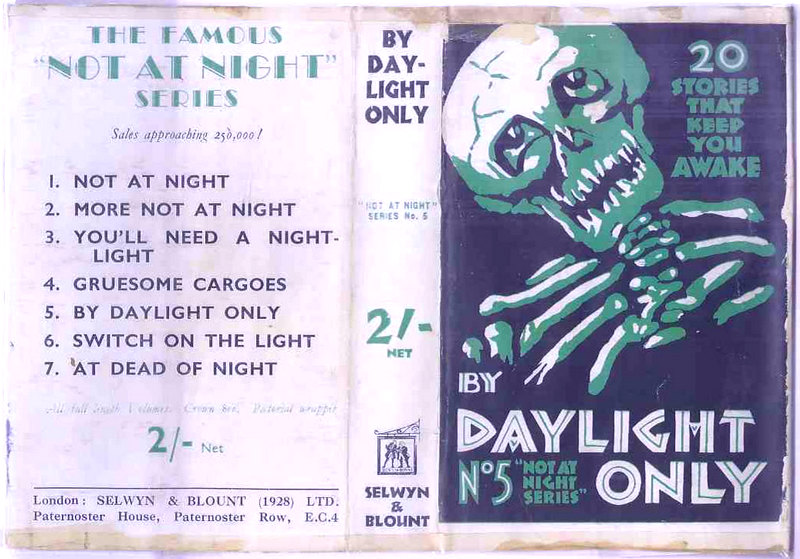 Presumably a contributor copy would have arrived, circa December 1929, for Lovecraft. A tale by the master had appeared in the third volume, almost certainly issued in time for Halloween, and he received his copy in mid December. So we might imagine the same timing for this fifth book in the series. By Daylight Only featured his “Pickman’s Model”.

Perhaps it was first shipped in bulk to the Weird Tales office for further distribution to the American authors at their latest addresses. Since the British publishers dealt with Weird Tales London agent Charles Lovell, who picked the best published WT stories and passed them in good form to Selwyn & Blount for further selection and arrangement. I imagine he also passed back the contributor copies when ready. Ah, yes… I find that supposition is confirmed. In 1929 Lovecraft also wrote to Weird Tales editor Farnsworth Wright to thank him… “for the anthology which you forwarded”.

A side view of College St. Seen as part of a rare wide view of the Providence Athenaeum building, which offers an evocative side-glimpse of a spot half-way up the College Street Lovecraft knew so well. The perhaps c. 1900 card is here newly rectified, shadow-lifted and re-colourised. 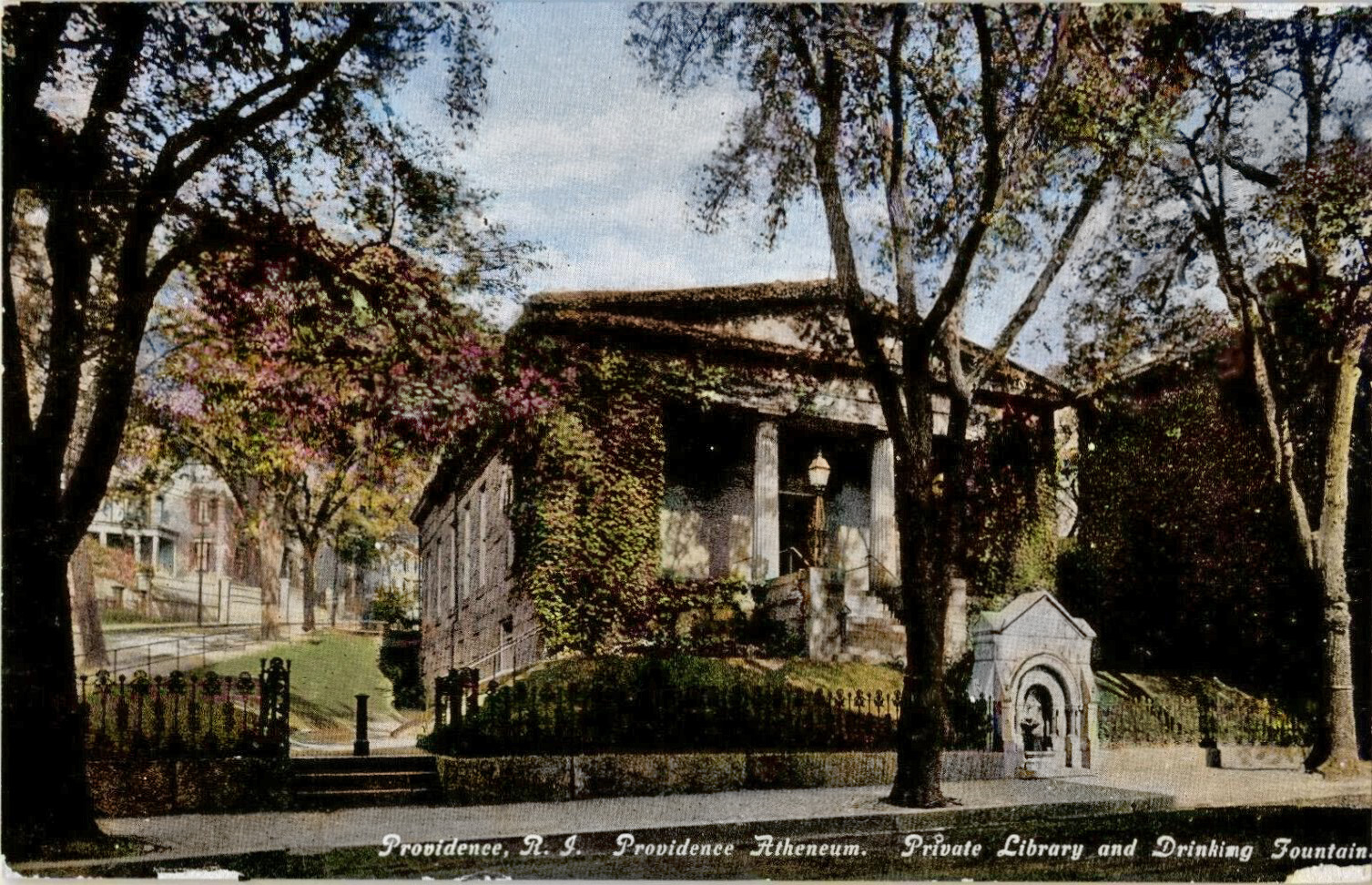 Here we see the spot marked on the 1918 Plat Book map, with Lovecraft’s last home as the other highlighted spot.

A 1958 record-picture made on a glass plate shows much more detail, though is of course more than two decades after Lovecraft’s time and there’s been some overgrowth of the view. Still, one can see the John Hay Library behind the trees. Again, newly colorised. 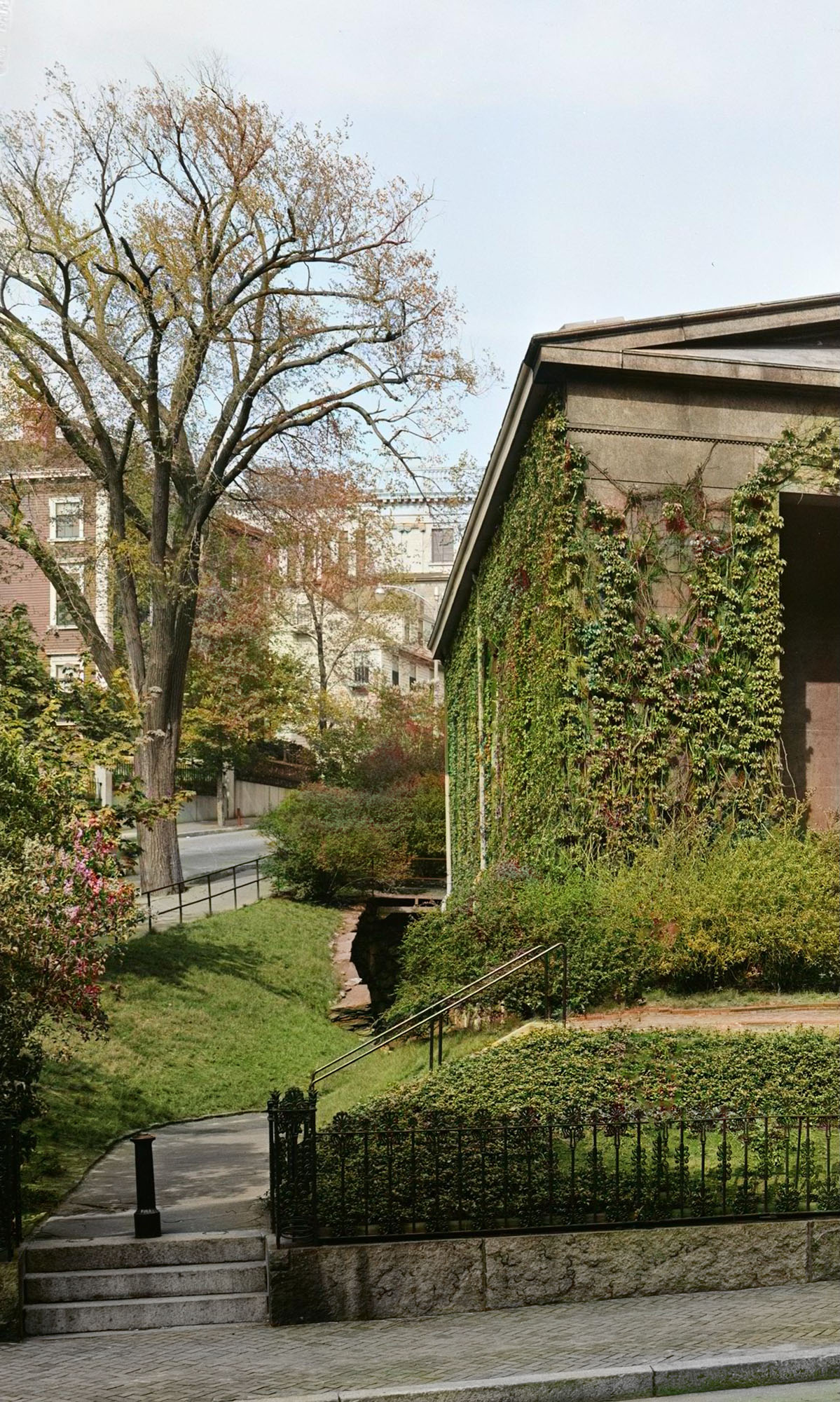 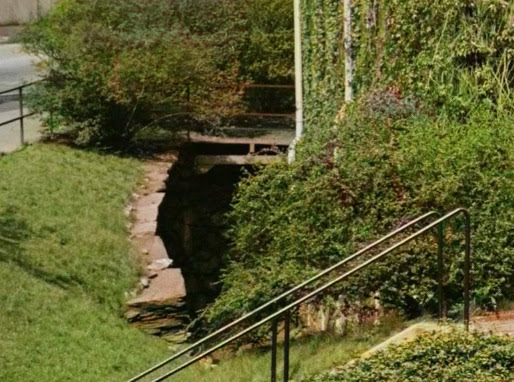 The Athenaeum claims a connection with Poe dating to 1848, when he “is said” to have met many times with Mrs. Whitman in such alcoves and nooks as the library could provide. Lovecraft adds that Poe “wrote his name at the bottom of one of his unsigned poems in a magazine” there. Thus Lovecraft sometimes included it on his whistle-stop tour of Providence for visitors, though I’m uncertain if that would have involved entrance and browsing or just exterior architectural appreciation. I know of nothing to suggest Lovecraft ever had a subscription or ticket to this private library, though some in the circle of his aunts did (e.g. the lady who catalogued Lovecraft’s library at his death). He used the city’s main Public Library all his life, for free, and also had a stacks card there. Though, late in his life, a letter reveals that he went to The Athenaeum to consult some scarce books on the history of the defunct Nantucket whaling industry.

New on Archive.org to borrow, The Twentieth Century British Supernatural Novel (1958). Includes an early positive appreciation of Tolkien as a supernatural writer. And by someone who had actually read The Lord of the Rings (most critics of the time didn’t, something which is obvious from their reviews and comments). The text also has some discussion of Lovecraft. 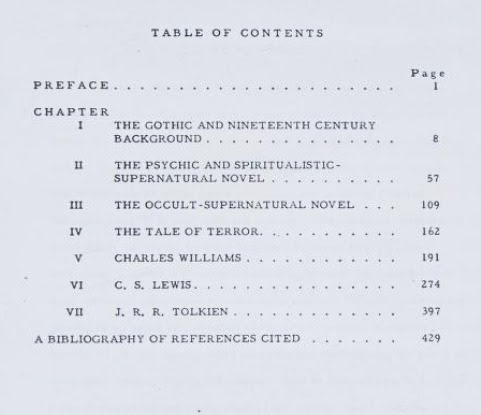 Possibly of interest to Tentaclii readers, a call for papers for “To sleep, perchance to dream”: Dreamscapes in Shakespearean Plays and Adaptations. For a British Shakespeare Association (BSA) 2023 Conference in Liverpool, a port city in the north-west of England, from 25th-28th July 2023.

Another day, another image-gen AI. MyHeritage’s existing Deep Nostalgia (subtly animates your vintage faces) has been joined by a new AI at MyHeritage. Reportedly based on a blend of Stable Diffusion & Google’s as yet unreleased DreamBooth.

AI Time Machine appears to be available now, and can blend your ancestor picture (or even you) into a historical figure. Thus taking your ‘family snapshots’ even further back in time, albeit with the risk of polluting existing memories.

I’m not a MyHeritage subscriber so can’t try it. But there’s a video demo here. No doubt we’ll soon be seeing Lovecraft as a Roman senator, Nordic warrior or an 18th century London coffee-house patron. 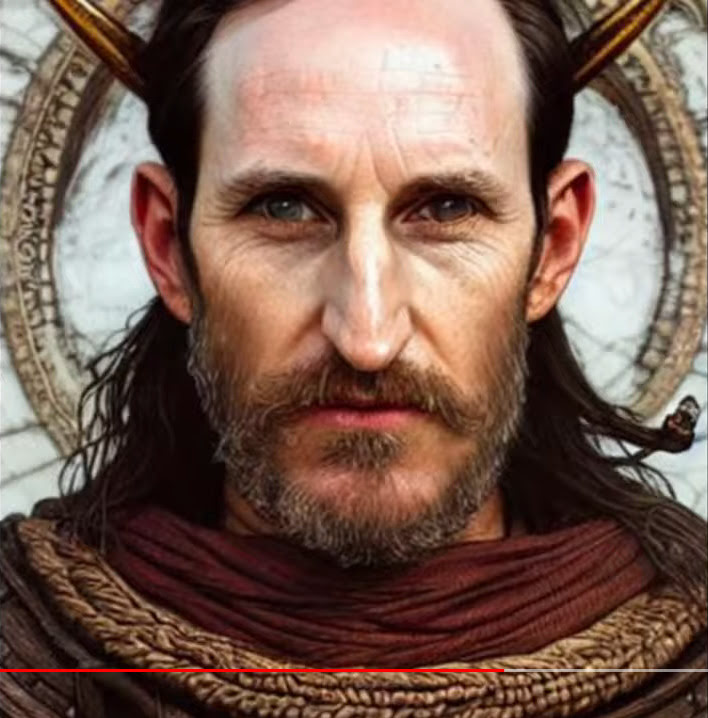 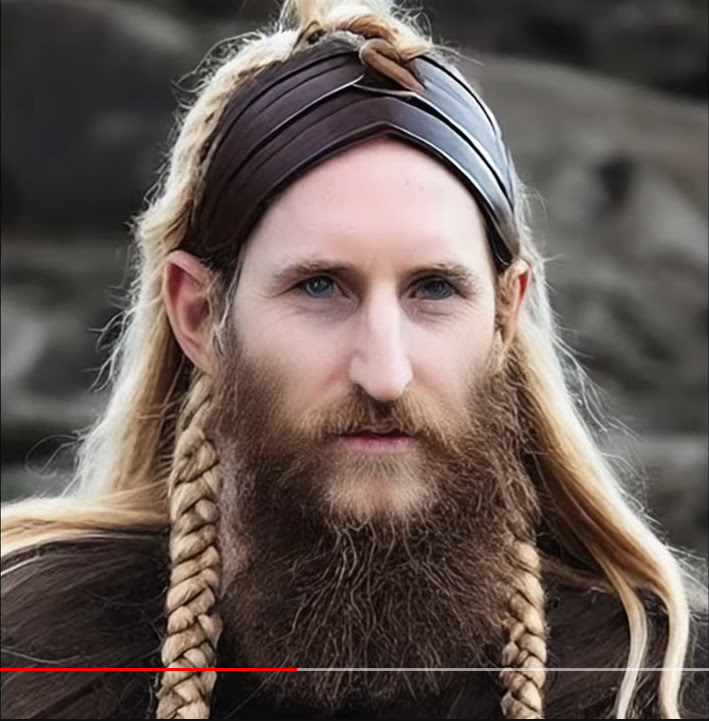 A few Black Friday sale items I’ve noticed, of possible interest to Tentaclii readers. All rather modest savings so far. No ‘80% off’ door-busters, as yet.

Blambot has 30% off of their comic-book lettering fonts, by using coupon-code CYBERWEEK at the checkout. Expires 4th December 2022. Some horror fonts and vintage 1950s EC comics type fonts. They also have vintage ad fonts, suitable for recreating old ads and poster for RPGs. 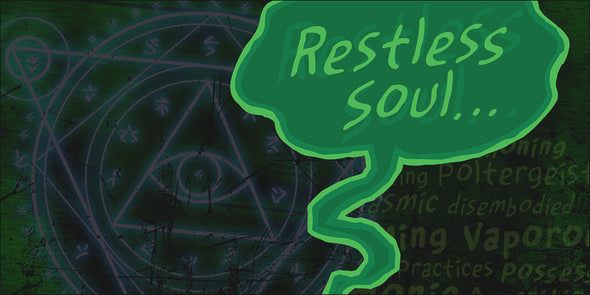 25% off a one-time perpetual licence for the QuarkXpress DTP desktop software. Don’t judge it by the bad reputation it had back in 2002. It’s now worth considering if you need a full DTP desktop software, and (unlike Adobe’s InDesign) it doesn’t require an expensive plugin to export to HTML5.

A modest 25% off Gigapixel AI, the best desktop image up-scaler. Apparently still available as a standalone, for now. They had announced that it would only be available in a bundle with their other AI software.

Modest discounts on DxO ViewPoint 4. If you visit places and make or have a lot of pictures of buildings or rooms, this ‘partly automatic’ desktop software straightens the curved/wonky verticals and horizontals. Used to be very cheap, a couple of years ago. Now more expensive.

No discounts yet on PDF Index Generator, DocFetcher Pro, JitBit Macro Recorder, Scrivener 3, Booksorber. CQuill Writer is 30% off all year round, so doesn’t really count.

As with all software, try before you buy, to check your OS can run it and if you like the user interface. Some software, such as Serif’s Affinity Publisher DTP software, have squinty deal-breaker UIs. Others won’t run on old OSs. AI software may require a certain grade of graphics card.