The 13th century gothic Whitby Abbey in northern England plans to break… “the world record for the largest gathering of people dressed as a vampire”. Shoes are apparently vital. Past attempts in America have failed, due to too many turning up in training-shoes rather than black winkle-pickers. It’s hoped that some 1,200 vampires will be flitting around on the evening of 26th May 2022. 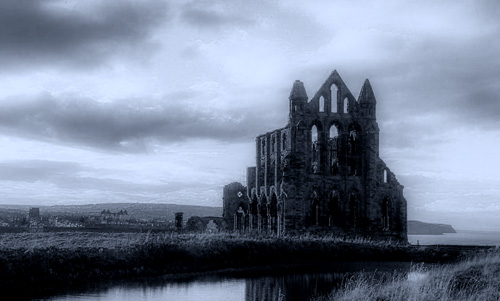