This week on ‘Picture Postals’, back to the city of Providence from New York. A restored and colourised 1971 picture of the sad fate of the site of Lovecraft’s final home, the house at 66 College Street. The roadway is just off-camera to the right. 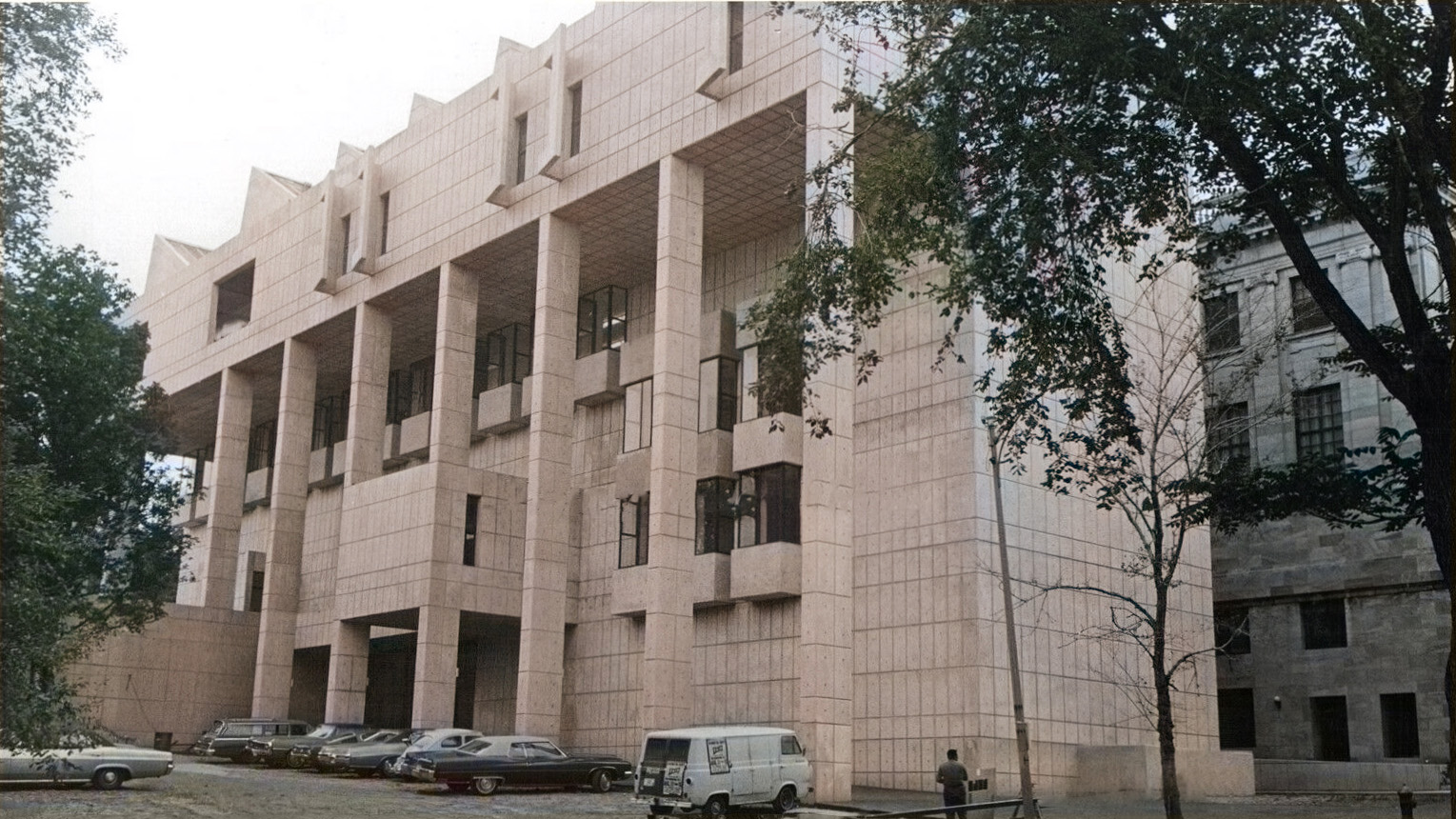 Though it should be said that his house was at least moved and not destroyed, being slowly rolled through the streets of his city like a ominous rumbling monster. And at least the brutalist late-modernist block (the ‘List Building’ aka ‘List Art Building’, ’64 College Street’) seen here was to be used as an Art History building with an incorporated Gallery and studios. The worthy British art historian Kenneth Clark (Civilization) gave the opening address for the building, another factor Lovecraft might have approved of. Further, the building’s elevation and windows serve to preserve something of Lovecraft’s views across Providence to the west when the leaves are off the trees.

On the right one can see the back of the John Hay Library at Brown, with its back-terrace invisible from this angle. Today this holds Lovecraft’s letters and the Lovecraft Collection.

Lovecraft’s house stood about where the central elevated small block is, as seen here. With a back wing (not seen here) going further back… 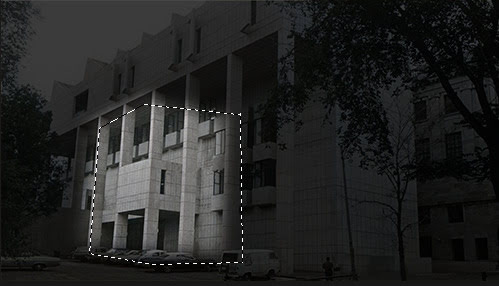 As can be seen, by 1971 the quiet 1930s courtyard garden is now a two-part car-park divided by a central wall, but some of the trees and large shrubs on the left may have been retained. They may have once formed a border along which the K.A.T. roamed.

The building’s hilltop position, limited $3m budget and narrow plot required compromises. A page on the Brown website now observes that much of the building often has a dark and haunted feel, which seems most suitable for the site of H.P. Lovecraft’s house. It was largely designed for its incongruous external ‘look’, and was presumably deliberately intended to damage the coherence of the sense-of-place on College Hill. As a consequence…

Though a dark and spectral feel is perhaps a good thing. University managements have a tendency to turf out friendless and un-trendy humanities subjects like Art History from fine buildings — especially ones surrounded by leafy and westward hilltop views — for re-use as their own office space. I’ve seen it happen myself, at Birmingham. Monstrosity, gloom and strange angles have their uses, as H.P. Lovecraft could have told the current Art History Dept.

1 thought on “‘Picture Postals’ from Lovecraft: back to the old house…”